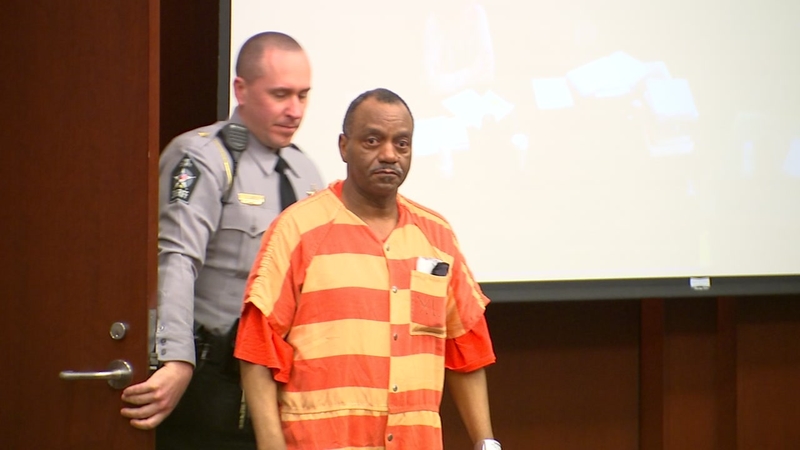 RALEIGH, North Carolina -- A Raleigh man has been charged in a rape that happened 46 years ago, and involved an underage family member.

The victim called police in February to report that William Toney-Linell Harris raped her in January 1973 while she was visiting North Carolina with her mother.

She was only 15 years old at the time, and became pregnant after the incident.

According to court records, she never told family members about the incident until Feb. 2019.

When family members confronted Harris, now 65, about the allegations in a recorded meeting, Harris was heard saying that he was sorry, that he made a mistake, that he didn't know better and "that's just what men did back then."

When Harris declined to submit a DNA sample, police got a search warrant for Harris' DNA to prove he was the father of the alleged victim's now 45-year-old son, who voluntarily submitted a DNA sample as part of the investigation.

Harris has been charged with second-degree rape.