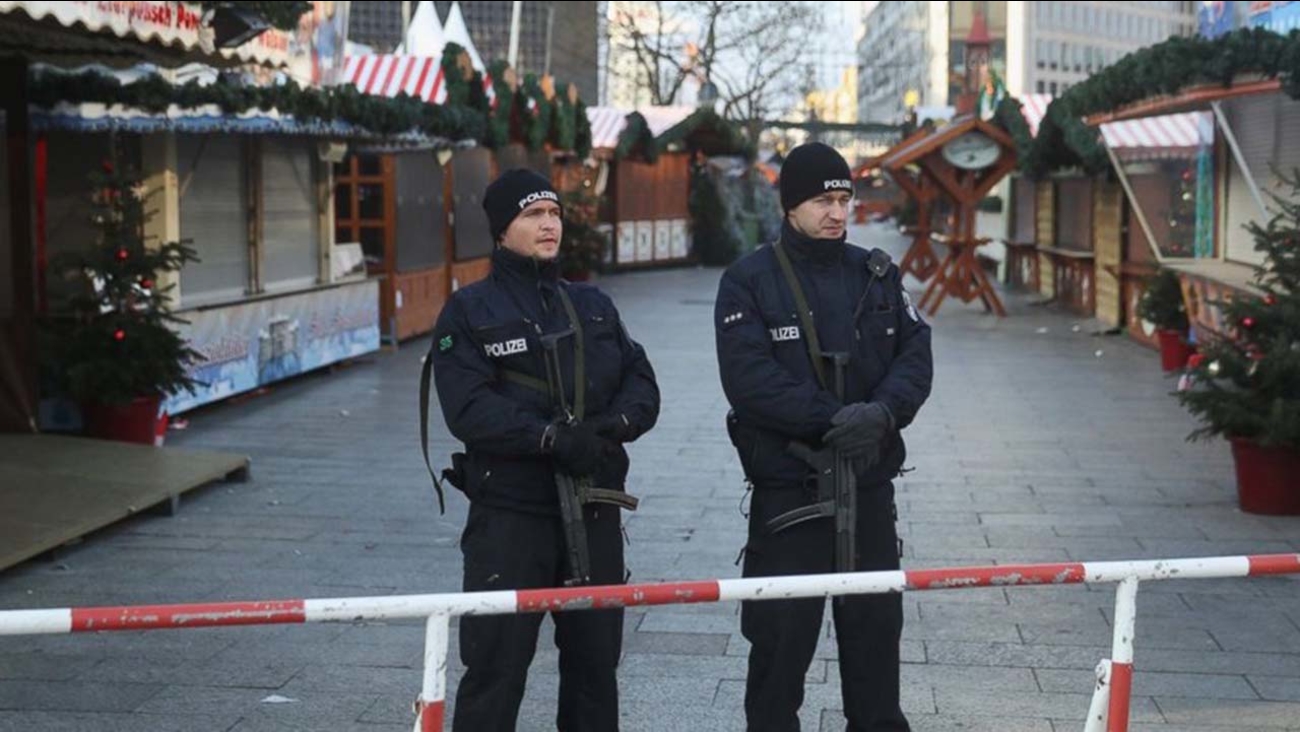 AP
BERLIN -- German prosecutors say they've detained a Tunisian man they think may have been involved in last week's truck attack on a Christmas market in Berlin.

Federal prosecutors said Wednesday the 40-year-old was detained during a search of his home and business.

They said that the man's number was saved in the cellphone of Anis Amri, a fellow Tunisian believed to have driven a truck into the market on Dec. 19, and that "further investigations indicate that he may have been involved in the attack."

Twelve people died in the attack.

Prosecutors have until Thursday evening to determine whether the case against the man holds up to the extent they can seek a formal arrest warrant. That would allow them to keep him in custody pending possible charges.
Related topics:
attack
Copyright © 2020 by The Associated Press. All Rights Reserved.
More Videos
From CNN Newsource affiliates
TOP STORIES