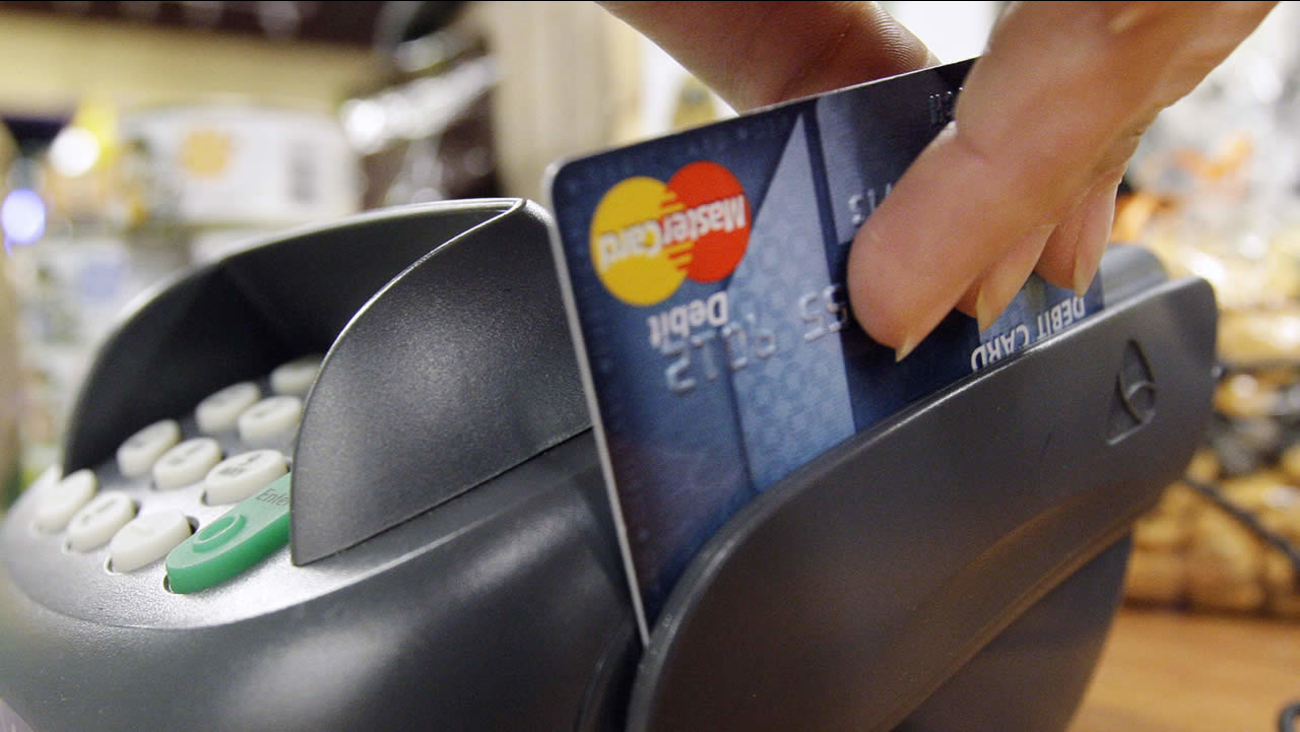 In this Nov. 2, 2009 file photo, a customer swipes a MasterCard debit card through a machine while checking out at a shop in Seattle. (AP Photo/Elaine Thompson, file)

"Before today ... many of these products lacked strong consumer protections under federal law," Richard Cordray, director of the Consumer Financial Protection Bureau, said in a prepared statement. "Our new rule closes loopholes and protects prepaid consumers when they swipe their card, shop online, or scan their smartphone."

Once a product whose only purpose was to function as a gift card, prepaid debit cards have become increasingly popular over the last 15 years and have effectively replaced a traditional checking account for millions of Americans. Roughly $65 billion was loaded onto prepaid cards in 2012, the most recent year for which data are available. That's more than double the amount loaded in 2009, only three years before. The amount loaded is expected to double again by 2018.

Sold in most grocery or convenience stores, the cards are largely used by lower income Americans, who are statistically more likely to be young, a racial minority and likely to earn less than $25,000 a year, according to the Pew Charitable Trusts.

As the industry has grown, it has had more than its fair share of controversy. Early prepaid cards carried extremely high monthly fees, even sometimes fees to load money onto a card. The RushCard, a card backed by hip-hop mogul Russell Simmons, suffered a massive technical glitch a year ago that locked more than a hundred thousand customers out of their funds, sometimes for weeks.

The industry's missteps have allowed more traditional banks and financial services companies to come out with their own prepaid cards, including JPMorgan Chase and American Express.

The industry did win one significant concession. The CFPB will allow prepaid debit cards issuers to provide overdraft services, which would legitimize a small, controversial part of the prepaid debit card industry. Only 2 percent of all prepaid debit cards allow for their customers to overdraft, according to the National Consumer Law Center. With the CFPB's blessing, that percentage will likely expand.

Consumer advocates had been pushing hard to ban overdraft in prepaid cards, arguing that many prepaid customers used the card specifically to avoid being exposed to overdraft. But by making overdraft available, it makes prepaid debit cards nearly synonymous in their features as traditional checking accounts.