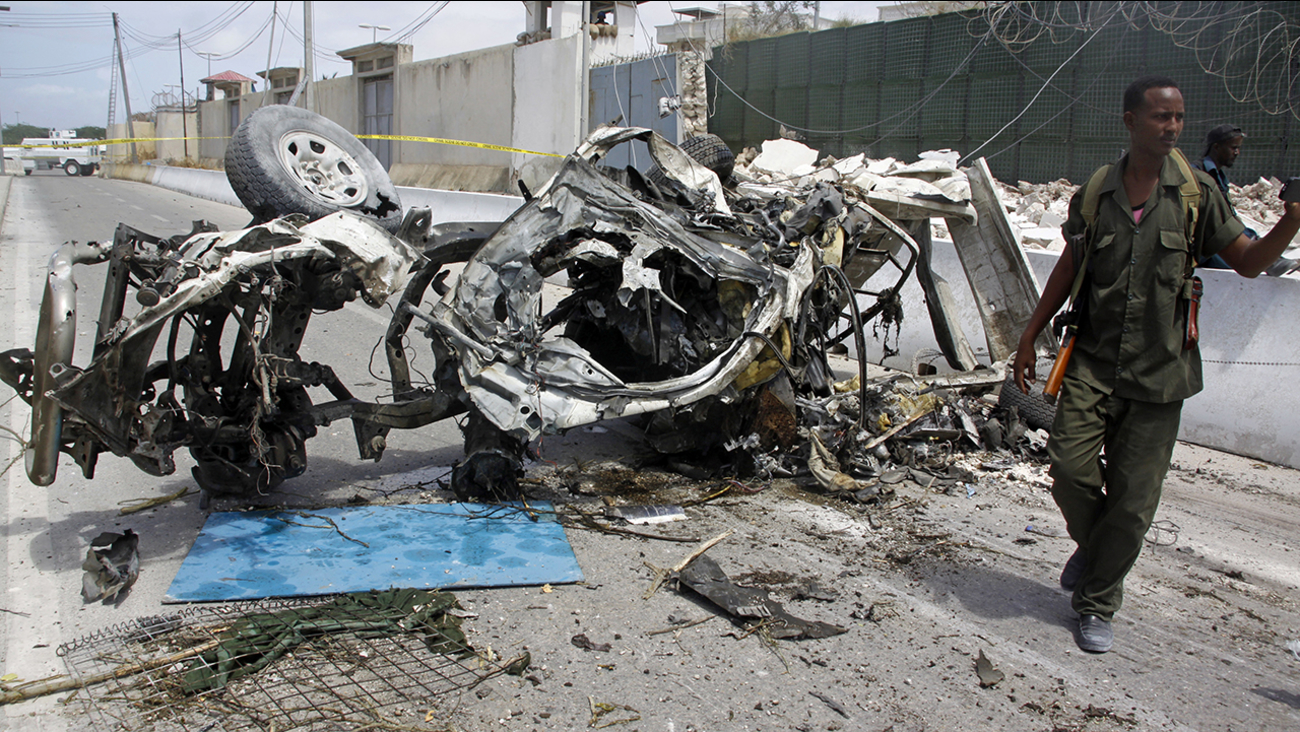 The two blasts took place near the African Union base in the area of the Mogadishu airport, Somali police chief Gen. Mohamed Sheikh Hassan said at a press conference.

Unlike previous attacks by al-Shabab, which is linked to al-Qaida, gunmen did not accompany the suicide bomber, said police Capt. Mohamed Hussein. The first suicide car bomber tried to speed through the barrier at the U.N. office but guards shot at the car, he said. The guards at the U.N. offices were from a private security firm, said a police official, who insisted on anonymity because he isn't authorized to speak to the press.

A second suicide blast targeted a checkpoint manned by Somali security forces near the African Union base in Mogadishu, said Hussein. Casualties there remain unclear.

Al-Shabab is waging an insurgency against Somalia's weak U.N.-backed government with the goal of establishing an Islamic emirate in Somalia, ruled by a strict form of Islam.

Earlier this month, eight soldiers were killed when an al-Shabab suicide car bomber targeted a Somalia military training camp and attackers then entered the base on foot.

More than 22,000 troops and police serve in the African Union force, which also includes troops from Burundi, Djibouti, Kenya, Sierra Leone and Ethiopia. Al-Shabab opposes the presence of foreign troops in Somalia and has launched attacks in countries that have contributed to the AU force. Although al-Shabab was ousted from the Somali capital, Mogadishu, in 2011, it continues to wage a deadly guerrilla campaign that includes suicide bombings.
Related topics:
suicidecar
Copyright © 2021 by The Associated Press. All Rights Reserved.
More Videos
From CNN Newsource affiliates
TOP STORIES