Incoming PM Theresa May cheered as she enters Parliament 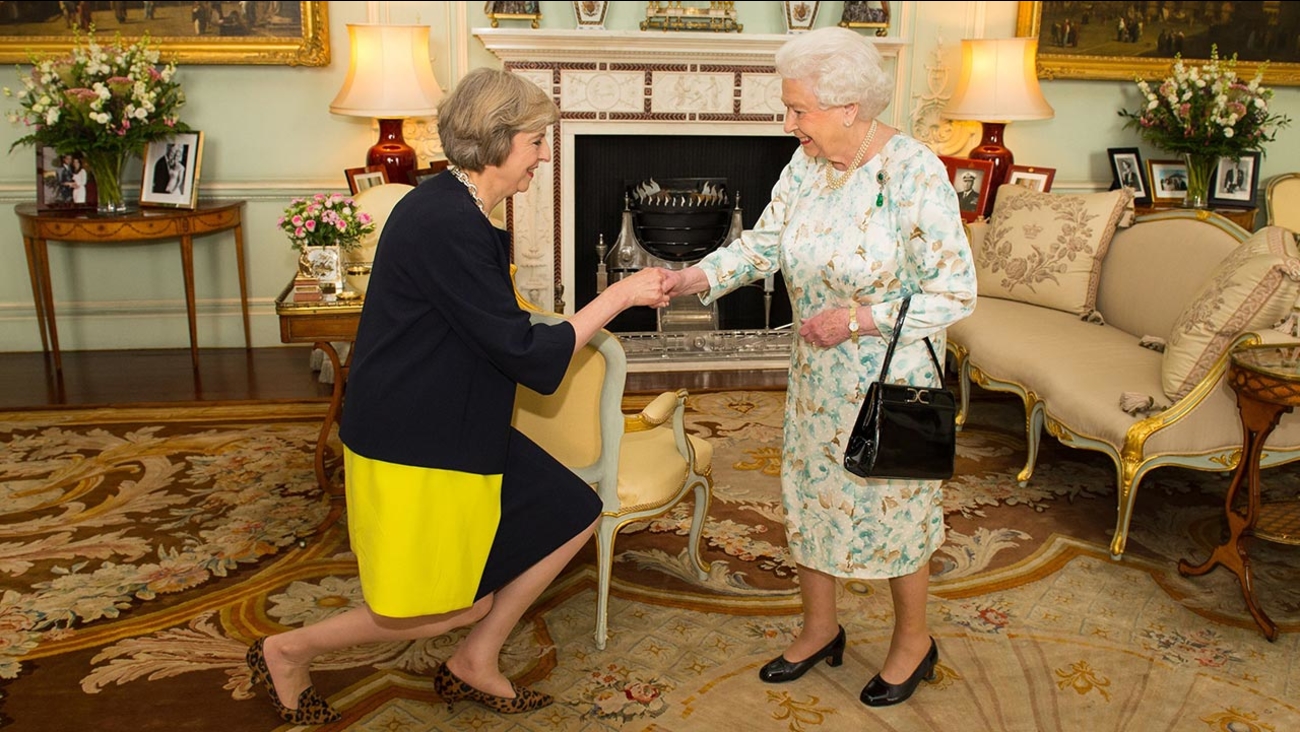 Theresa May waves towards the media as she arrives to attend a cabinet meeting at 10 Downing Street, in London (AP Photo/Kirsty Wigglesworth)

LONDON -- Incoming British leader Theresa May has been greeted with cheers as she entered the House of Commons.

She was attending David Cameron's final session of prime minister's questions before the transfer of power begins.

Cameron plans to meet Queen Elizabeth II after the session to formally resign his leadership post.

May is expected to visit the queen shortly afterward to receive permission to form a government.

She is likely to name her Cabinet in the coming days.

Prime Minister David Cameron will be leaving 10 Downing St. - but another resident of the famous address won't be going anywhere.

Larry, the resident Downing Street cat, will remain in place, having cemented his position at No. 10 despite widespread doubts about his vermin-hunting abilities.

The rescue tabby tomcat was brought in to catch rats and mice at the famous-but-infested residence, but his record of kills has been hotly disputed. Nonetheless, Downing Street said Wednesday that Larry's tenure will continue.

No. 10 has described Larry in the past as a cat who "brings a lot of pleasure to a lot of people" and was Tuesday photographed standing guard at the front gate when incoming leader Theresa May walked past.

The competition for the Labour Party leadership has become more intense with the emergence of a third candidate.

He says he would be a "radical and credible" leader.

Corbyn is fighting to retain his position after a dramatic loss of support among his party's members of Parliament.

The Labour Party executive committee has ruled that his name must be on the ballot despite his lack of backing among legislators. Corbyn is banking on support from rank-and-file members.

The winner will be announced in late September.

David Cameron will be appearing before Parliament as prime minister for the last time before handing over to successor Theresa May.

Cameron will step aside on Wednesday after losing the campaign to keep Britain in the European Union. He will take on his final session of prime minister's questions before traveling to Buckingham Palace to formally tender his resignation to Queen Elizabeth II.

Cameron told The Daily Telegraph it had been "a privilege to serve the country I love."

May will seek to calm the country, and the financial markets, after upheaval following the unexpected result in the June 23 referendum.

She will reportedly give priority to appointing a Cabinet minister in charge of implementing Brexit, the decision to leave the EU.
Related topics:
politicsbrexitu.s. & world
Copyright © 2021 by The Associated Press. All Rights Reserved.
More Videos
From CNN Newsource affiliates
TOP STORIES