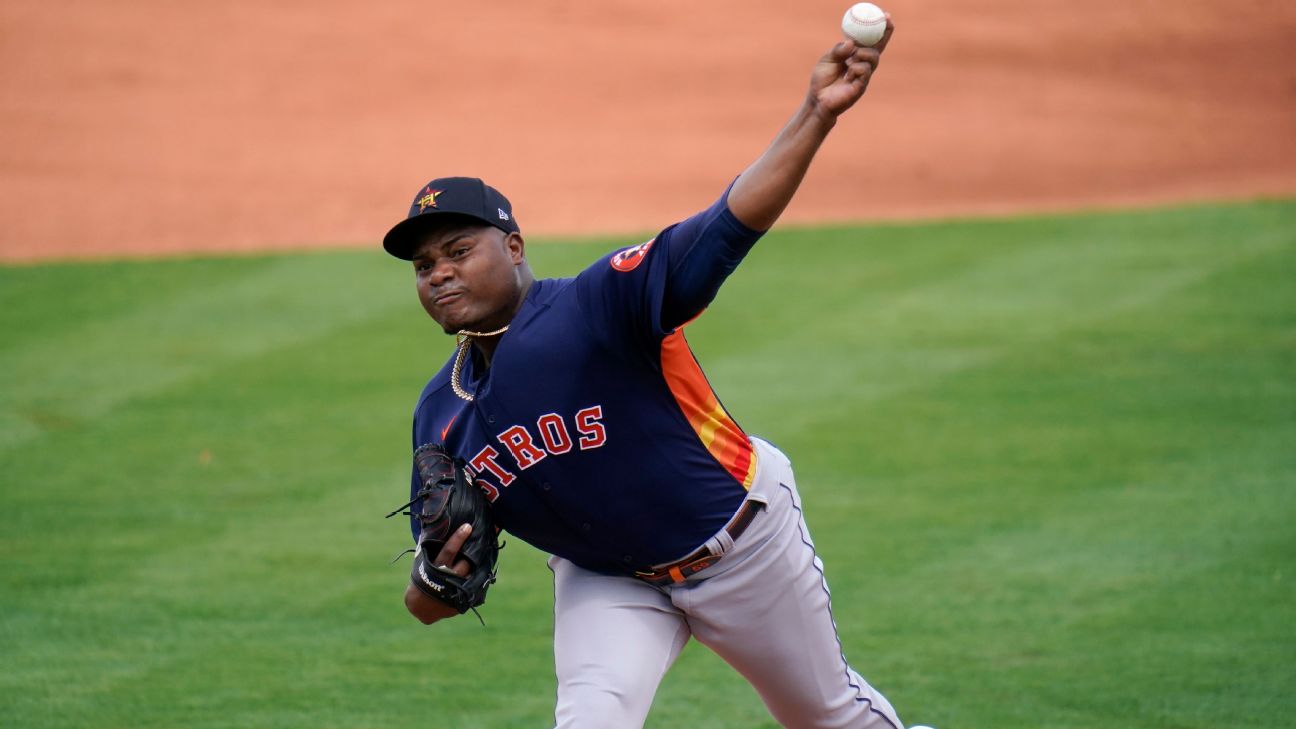 ARLINGTON, Texas -- Houston left-hander Framber Valdez was scratched from his start against Texas on Thursday night, a day after cutting the index finger on his pitching hand.

Manager Dusty Baker said Valdez sustained the cut after putting his hand on the outfield wall during batting practice at the year-old home of the Rangers.


Baker said the club still hoped he could make the start against Rangers rookie Glenn Otto in the finale of a four-game series. Instead, it will be a matchup of rookies with right-hander Luis Garcia making his 26th start for the Astros.

Houston has openings in the rotation Friday and Sunday for a weekend series at home against Arizona, and Valdez could fill one of those spots. Righty Lance McCullers is set for Saturday.