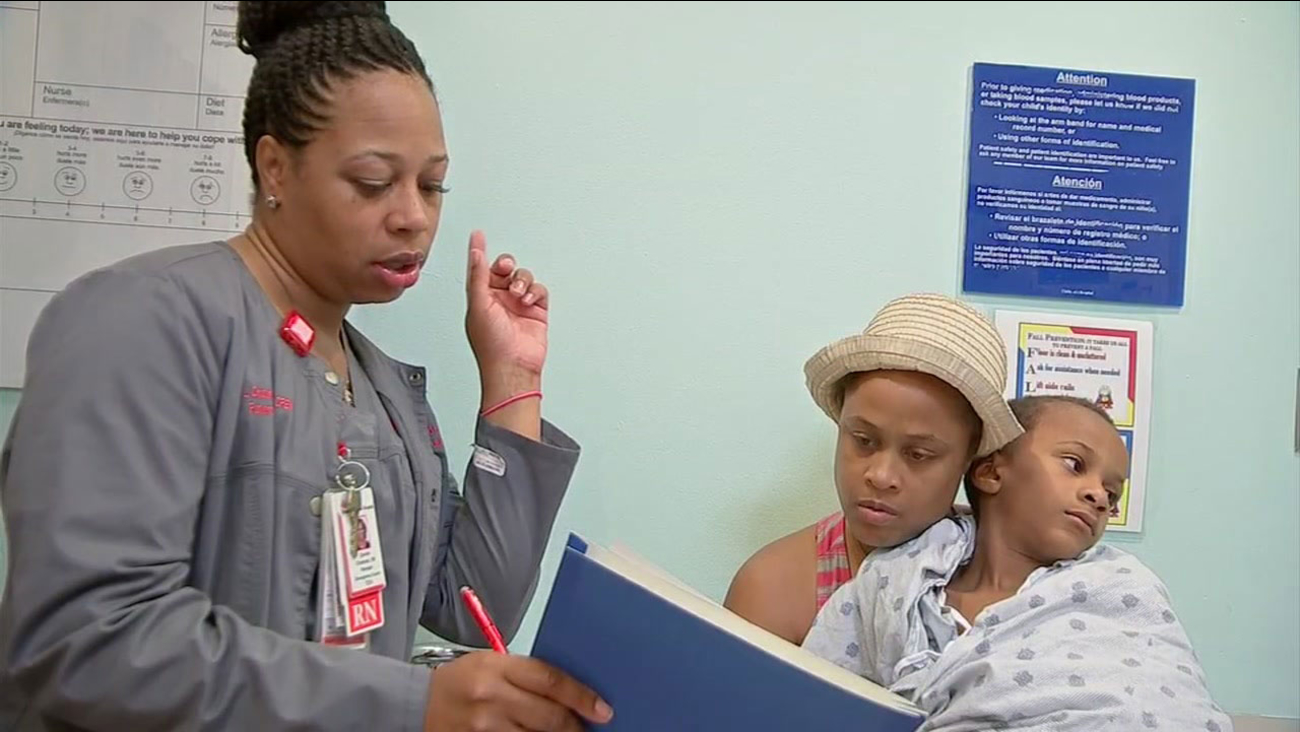 HOUSTON (KTRK) -- A mother is furious over how her son's elementary school handled his medical emergency.

"The doctors were like he's barely breathing. He's really not responding. Is this how you picked him up from school?" says Brandy Tarver.

Tarver and a close friend picked her seven-year-old son, Seth, up from Petersen Elementary Friday morning after he had a seizure and took him to the closest emergency room. From there he was transferred to Texas Children's Hospital.

"I'm steady calling his name. I'm trying to get him to wake up and he's not even moving," says R&B Jones.

Seth has epilepsy. It's been a while since his last seizure. So Friday's episode scared his mom.

"Who wouldn't feel some type of way about their child slumped over a desk like this and you're trying to shake him and he's not responding," she said.

She called Eyewitness News upset because there was no school nurse there to respond to her son's documented disorder and because they called her first instead of 911.

A HISD spokesperson told us on the phone that staff didn't call 911 because Seth didn't show typical signs of a seizure.

"When I got there, they told me he was shaking and his eyes were glazed, and that the teacher herself was sure he was having a seizure. So what they're claiming is very false," Tarver tells us.

HISD also says when he complained of discomfort, he was escorted to the front office and a staff member stayed with him until his mother arrived. Whatever reason they didn't call 911, Tarver says she's glad her son wasn't worse off. But she wants all educators to err on the side of caution if this happens in their class.

"Call 911 first then notify the parent. Take care of the child first," she said.

HISD says the school does have a nurse on staff, but she was not in the building Friday. You can read HISD's response in its entirety below:

School administrators work diligently to ensure any student suffering from a medical condition is given the proper care at the appropriate time. The safety and well-being of our students is always top priority.

Additional Information
Upon expressing discomfort the student was escorted to the front office, where a staff member remained with him until his mother arrived.
Peterson Elementary's school nurse was not at school today, however every HISD campus has faculty members who are trained to administer medicine and handle certain medical issues when the nurse is unavailable.