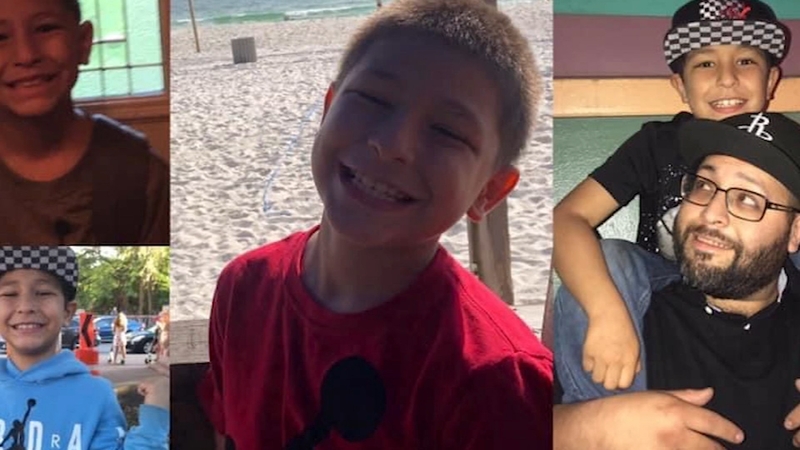 SPRING, Texas (KTRK) -- In a plea to find his son's shooter, the father of a 10-year-old shot in the face at home while playing video games said no parent "should ever have to wipe blood off their kid's face."

Julian Martinez Sr. recalled the ordeal involving his son, Julian Jr., as "one of the scariest moments of my life."

According to the Harris County Sheriff's Office, the shooting happened Wednesday around 4 a.m. at the home in the 2300 block of Birnam Wood Boulevard, at Reynaldo Drive. Deputies believe the boy was the victim of a drive-by shooting and that no one inside the home had anything to do with it.

"It would be unusual if a 10-year-old was targeted. Whether or not the house was targeted or mistaken identity, we don't know," said Sgt. Jason Brown with the Harris County Sheriff's Office.

Julian Sr. told ABC13 his youngest son, Jordan, saw it happen, and it's because of him that Julian Jr. is alive.

"He did a good job," the father recalled. "He saved his brother's life."

After the stray bullet hit his brother, Jordan ran to his parents' room to get help.

"We came over there and he had a hole in his face, blood coming out of his ears, his nose, his face," Julian Sr.. recalled.

According to the boy's father, the bullet hit the child's brain, adding it may have to stay there due to some bleeding during surgery.

He said there's no swelling, and his son is in critical but stable condition.

"He was screaming in pain," Julian Sr. recalled. "He was yelling, 'Dad it hurts. Make it stop.' I had to apply pressure."

The Harris County Sheriff's Office does not have any information on a suspect or vehicle.

The boy's father is sending a message to the person responsible.

"You don't know the pain that you caused us," Julian Sr. said. "Whoever did this, take responsibility. Come forward. That's the right thing to do."

Julian Jr. is in a medically-induced coma, allowing his body to heal. The road to recovery will be a long and difficult one.

The family has set up a GoFundMe account for Julian Jr.'s medical expenses.