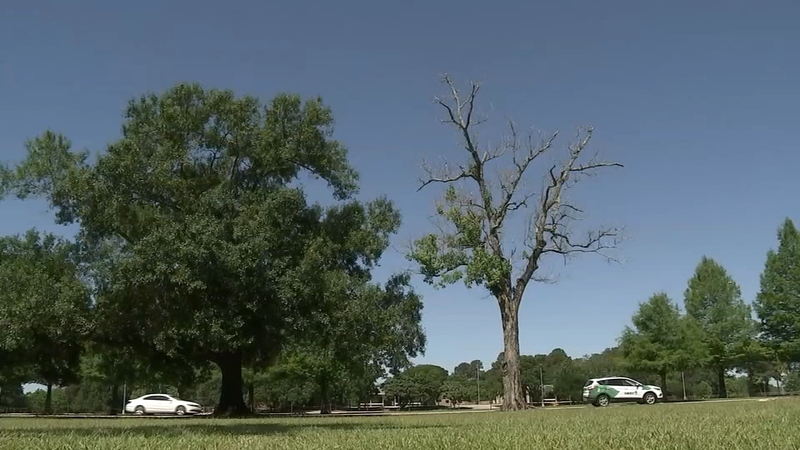 Zombie trees are real in Houston, and here's how to prevent them

HOUSTON, Texas (KTRK) -- We've all seen them lurking all over Houston.

Half dead and half alive, the name "zombie trees" was coined to perfectly describe the eyesores somewhere in between.

Curt Smith with Davey Tree Expert Group gave ABC13 the information that could help residents identify and treat them.

"The 'zombie tree' is [either] alive and dead, or dead and alive and doesn't know it," he said. "This year [they are] very common."

Zombie trees have been here for awhile, but this year they appear worse.

The winter storm in February did a number on not only Texas' electric grid but also on the state's vegetation.

Trees that might otherwise survive flooding or drought may be hiding the fact it couldn't overcome a week of below freezing temperatures.

Smith, an arborist, said the danger in these zombie trees is that if left unrecognized or untreated, they can fall without warning and cause property damage or injury anyone nearby.

The Texas A&M Forest Service agrees that the Houston trees have had a rough year.

Just two months after the freeze, experts said that oaks all over the state had a hard time recovering. Shrubs, bushes and vines were also susceptible.

Some of them may look dead, but still have life.

What are the signs of a zombified tree?

Experts said fungus, insects or dead branches may be hiding on the tree.

"We all probably know what a good-looking tree looks like," Smith said. "You probably drew one in kindergarten. We all have that idea, 'Hey, that's a pretty tree,' or 'Hmmm, something doesn't look right.'"

What to do if you think you've spotted one? Call an arborist for a diagnosis or go online to consult experts for advice on where you might be able to get help before it's too late.