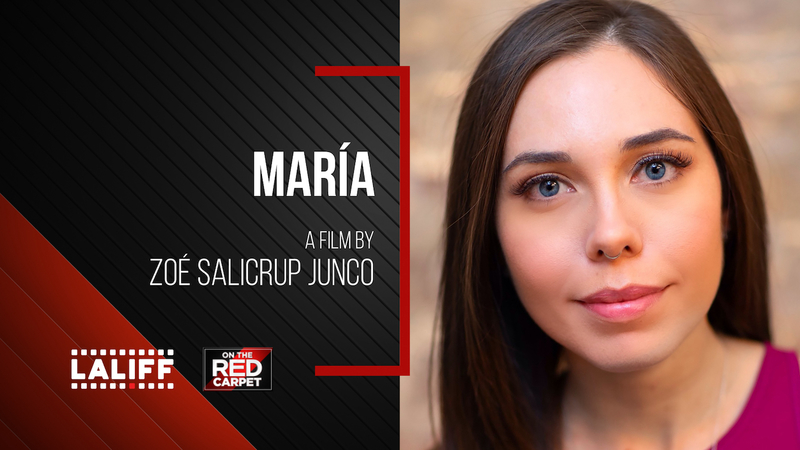 Bio: Born and raised in Puerto Rico, Zoé Salicrup Junco is an award-winning director, writer, and producer with a passion and commitment to tell stories about underrepresented communities, specifically Latinxs and women. Her short film "MARISOL," a NYC-set drama following an undocumented mother who risks exposing her pending status through a ride-share app in order to save her family, won the HuffPost Social Impact Award in 2020 and was acquired by HBO. A graduate of NYU's Tisch School of the Arts, Zoé's work has screened in top-tier film festivals including Tribeca, Palm Springs, and Clermont Ferrand International Short Film Festival.In2012, her film "GABI," an unfiltered portrayal of what it's like to be an unconventional woman in a small town in Puerto Rico, garnered her top prizes like the King Screenwriting Award, the Wasserman Directing Award, the National Board of Review Student Grant, and a spot in The Independent Magazine's "Top 10 Filmmakers to Watch" list. Most recently, her short film "MARÍA," a psychological thriller shining a light on the mental health deterioration underserved communities, like Puerto Rico, endure after natural disasters, aired on PBS Film Festival. Aside from her narrative work, Zoé also directs commercial content for artists like Doja Cat and Raja Kumari, as well as brands like Sony, HBO, Herschel, and Bausch & Lomb. Zoé is a 2013Cinefestival/Sundance Latino Screenwriters Project Fellow, and a participant at the 2016 Sundance Women's Financing Intensive and the 2019-2020 Creative Capital Professional Development Workshop for Artists. She's also an active member of the New York Women in Film & Television Organization and the NYC Women's Filmmakers Group. To learn more about Zoé, visit her website zoesj.com.

Synopsis: Several weeks after a devastating hurricane, a young woman, María, returns home to care for her father, who recently tried to end his own life. While María waits for him to be discharged from the hospital, she struggles against an uncertainty that consumes her. With no access to water, electricity, or food she becomes obsessed with cleaning up every last trace of the tragedy. Following the aftermath of Hurricane María, this short film shines a light on the mental deterioration underserved communities, like Puerto Rico, endure after natural disasters.