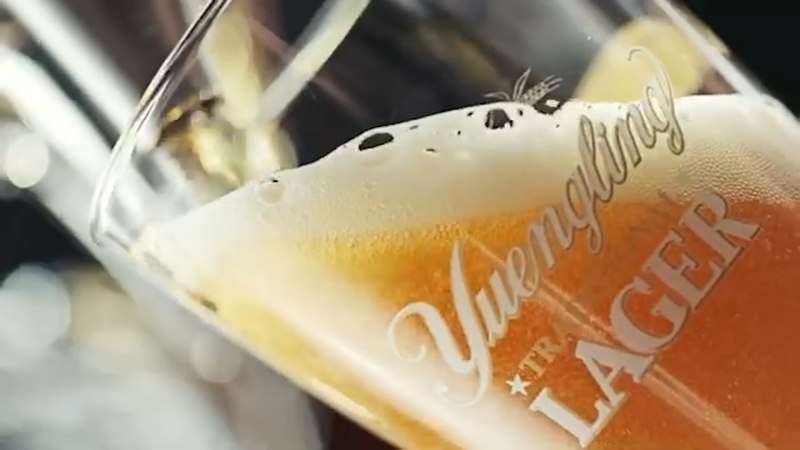 One of the East Coast's favorite cult beers is uncapping big plans for Texas. Pottsville, Pennsylvania-based Yuengling is expanding beyond the East Coast for the first time in its 190-year history, and will be on Houston shelves by fall.

For the uninitiated, Yuengling is sort of like the Lone Star Beer of Pennsylvania, and it inspires the same frenetic allegiance in locals, especially in Philadelphia. Its beer offerings are traditional (in fact, its trademark beer is just called Traditional Lager) and its portfolio includes lagers, ales, porters and black and tans.

Perhaps its fussiest beer is the new low-carb, low-cal Flight meant to compete with the Michelob Ultras of the world, but that's about as craft beer as Yuengling gets.

"We have heard from consumers all over the country who are excited to enjoy our beer, which is why we're proud to announce that Texas will be the first western state we'll be expanding to," said Wendy Yuengling, chief administrative officer at D.G. Yuengling & Son, Inc. and a sixth-generation family member.

Its new Texas venture is part of a new deal marrying America's oldest brewery with the Molson Coors Beverage Company, which together operate as The Yuengling Company. As part of the arrangement, Yuengling will be brewed at the Molson Coors brewery in Fort Worth.

You can read more of this story from our partners at Houston CultureMap here.

The Molson Coors relationship with Yuengling is notable in beer history, as the company's namesake Coors brand has only been available east of Texas since the mid-1980s, inspiring the plot of the 1977 movie Smokey and the Bandit starring Burt Reynolds, Sally Field, Jackie Gleason and Jerry Reed. The film's plot included a challenge to drive from Atlanta, Georgia, to Texarkana, Texas, to retrieve 400 cases of Coors and return in 28 hours.

Aside from the obvious work of fiction, Texarkana, Texas, was a dry community at the time. While beer was sold across the street in the wet twin city of Texarkana, Arkansas, Coors wasn't available until the later expansion east.

Yuengling will join a growing line of craft beers available in the Lone Star State when it arrives in the fall. Statewide favorites like Shiner, Houston's Saint Arnold's and Eureka Heights continue to have their loyal drinkers. Texas craft beers have a $5 billion impact on the state's economy, according to the Texas Craft Brewer's Guild.