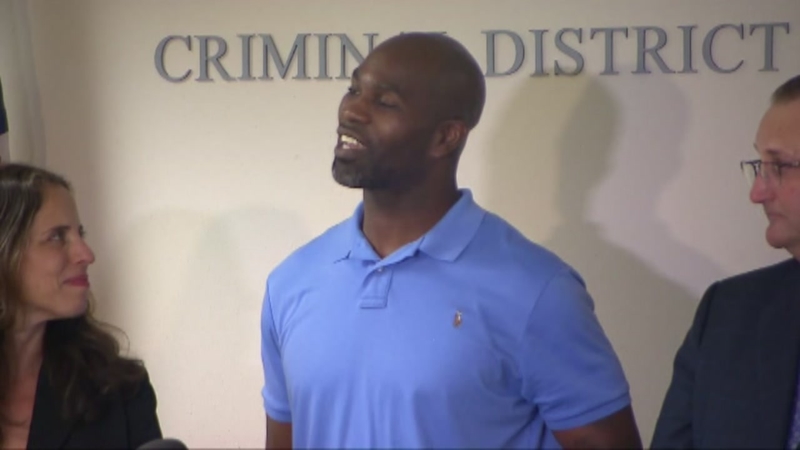 FORT WORTH, Texas -- A Texas judge has signed an order that exonerates a man who spent 19 years in prison after being wrongly convicted of murder.

The Texas Court of Criminal Appeals overturned Nolley's conviction in May , leading to Wednesday's ruling.

Nolley was freed in 2016 after a witness admitted he lied and a bloody palm print at the crime scene was linked to another person.