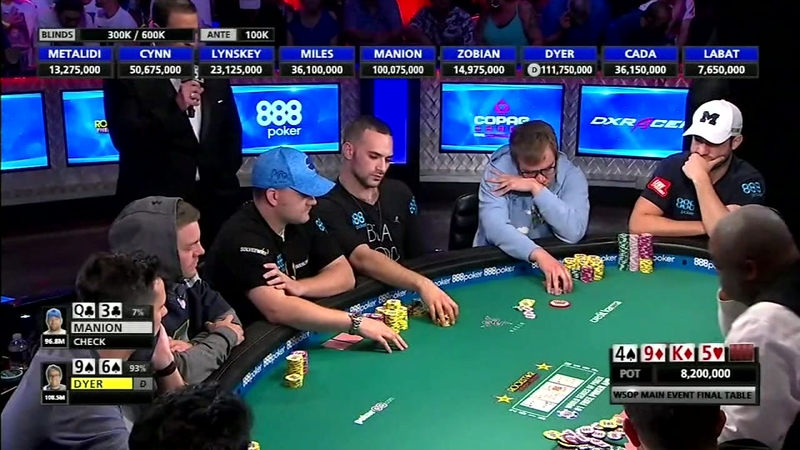 It's all over for a Houston man who made it to the World Series of Poker in Las Vegas.

HOUSTON, Texas (KTRK) -- It's all over for a Houston man who made it to the World Series of Poker in Las Vegas.

Described as a soft-spoken online player, Michael Dyer beat out nearly 8,000 people to land a spot at the finalist table in World Series of Poker on Friday.

"There were a lot of other Houston players in the tournament. For him to make it that far, it just really says something about the city of Houston," said James Opie, a Houston poker player who just returned from the tournament in Vegas.

He says it is a grueling experience.

"Actually there's a lot of math, psychology and skills, and just skills at reading people involved," he said.

Dyer went into day 10 of the tournament with the fewest number of chips, after he started Friday as the leader.

"I liked him at the beginning but now it's not looking too good. He's just dwindling his chips and doesn't have many left," said Opie.

The grand prize winner will walk away with more than $8 million and a massive diamond and ruby encrusted bracelet.