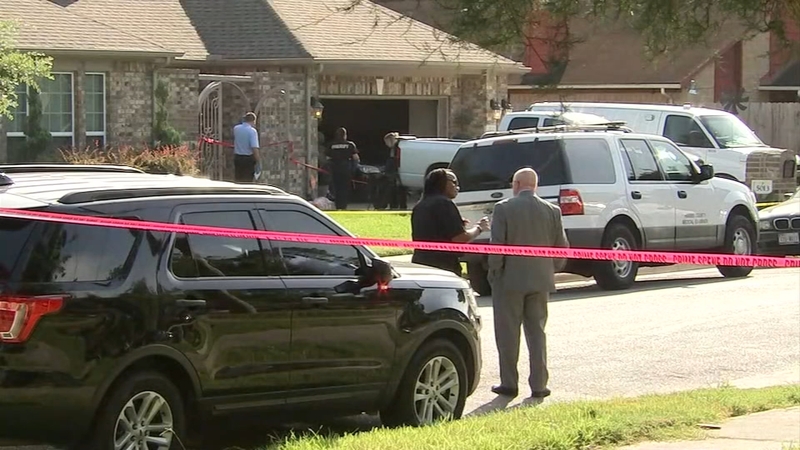 HOUSTON, Texas (KTRK) -- A veteran deputy of the Harris County Sheriff's Office has been arrested and charged with murder after his wife was killed in a weekend shooting in southeast Houston.

1-We’ve learned of a possible family disturbance at a residence located at 5000 blk of Briscoe. An off-duty @HCSOTexas Deputy is involved. An adult female is deceased at the scene & Deputy has been taken to a hospital, with unk. injury.

2-@houstonpolice will be the lead agency & provide any additional updates.

A neighbor in the area says he woke up around 3 a.m. to the sound of loud noises.
"I heard a loud noise which, now that I think about it, could have possibly been a gunshot," said Timothy Choice.

He was not the only one. As the sun came up, more neighbors came out.

"It's sad for anyone to lose their life for whatever the reason is. It's really sad because this is a community that we try to stay close, you know." said neighbor Dee Shanklin.

Police say there was an elderly man inside the home at the time, but he told investigators he did not hear anything. Investigators are not looking for any suspects.