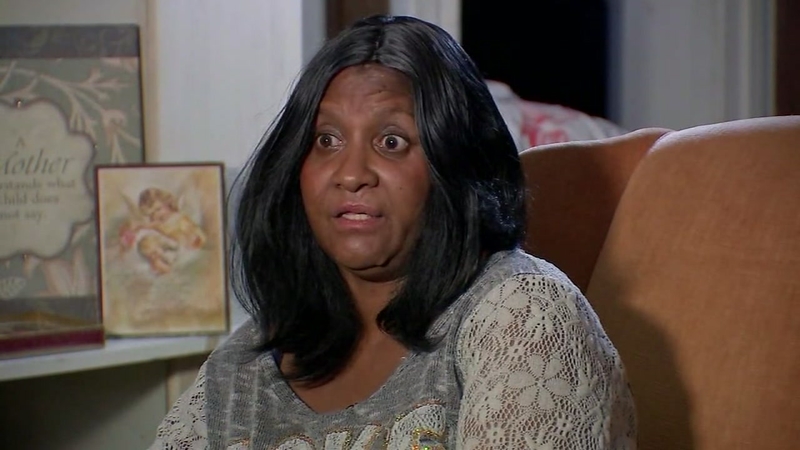 HOUSTON, Texas (KTRK) -- A north Houston grandmother is the innocent woman who was waiting for a bus when she was hit by a stray bullet apparently intended for police.

Vashunda Roquemore, 52, is recovering at home after the Nov. 9 shooting that injured her leg.

She was sitting at a bus stop on Gears near Veterans Memorial and reading when a high-speed police chase whizzed by her.

According to the Harris County Precinct 4 Constable's Office, deputies were chasing three suspects when they opened fire on law enforcement.

One of the bullets hit Roquemore in the leg, where it remains lodged.

"It burned. Burned," Roquemore described the pain. "It's like something is on fire inside your body. That's how it feels."

Two of the suspected shooters, Pascal Okadigwe, 19, and Cristian Lloyd, 21, were arrested. A third, Devin Banks, 19, got away.

Roquemore hopes to eventually have the bullet removed.

She says this might be her best Thanksgiving yet.

"I'm just happy it wasn't fatal. That's the big Thanksgiving blessing I got, was my life, more than anything," Roquemore said.

RELATED: 2 arrested, 1 on the run after shootout and chase
EMBED More News Videos