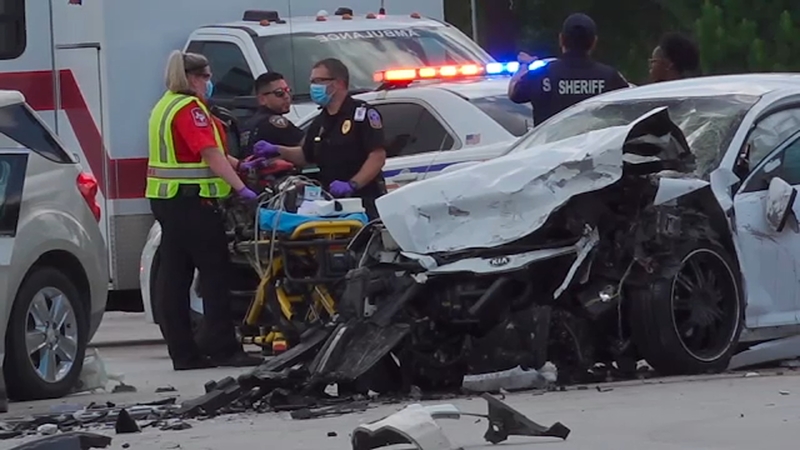 HOUSTON, Texas (KTRK) -- A 15-year-old is in critical condition following a crash that killed her mother and left another driver seriously injured in north Harris County, authorities said.

The Harris County Sheriff's Office said a mom and her 15-year-old daughter were in a white Kia Optima traveling northbound on Ella when she attempted to avoid hitting a pickup truck that was pulling out of a subdivision.

Investigators said she was able to avoid hitting the truck, but ended up losing control of her car.

She reportedly crossed the center lane and drove towards oncoming traffic in the southbound lanes before crashing head-on into a Chevrolet Equinox which was being driven by a woman in her 60s, according to the sheriff's office.

Officials said the 60-year-old was transported to the hospital in critical condition.

The mother driving the Kia died at the scene. Her daughter was flown to Memorial Hermann Hospital by Life Flight and is also in critical condition, according to deputies.

Investigators are hoping to find surveillance video to get a better idea of what exactly happened. Officials are also trying to locate the driver of the white Chevrolet pickup that was leaving the subdivision off of Ella Crossings and Ella at that time.