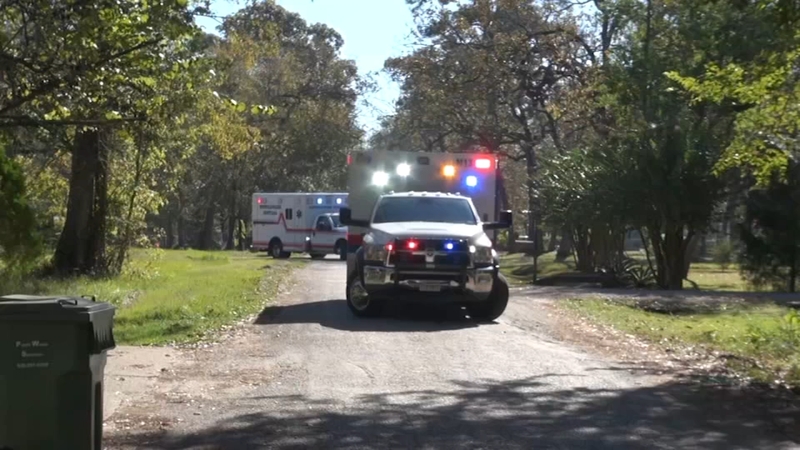 NEW WAVERLY, Texas (KTRK) -- Deputies, along with a SWAT team, responded to a hostage situation in Walker County where a woman and her family were held inside their home.

Authorities said they were called to the home in the city of New Waverly around 7 a.m. on Monday after 38-year-old Mark Joseph Mathison showed up at his estranged wife's house and began arguing with her family.

According to deputies, he shot an older woman, thought to be the wife's mother, in the shoulder and hit another woman present with his gun. He then forced the woman he hit along with his wife and her two children, a 7-year-old child and a 12-year-old child, into the house where he reportedly pepper sprayed them and kept them hostage.

The wife's mother was left injured in the front yard, and deputies transported her to a hospital where she is in stable condition. They were also able to negotiate the safe release of both children and one of the women held hostage.

Mathison then released his wife that he was still holding captive just before 5 p.m. He allowed himself to be taken into custody shortly after.