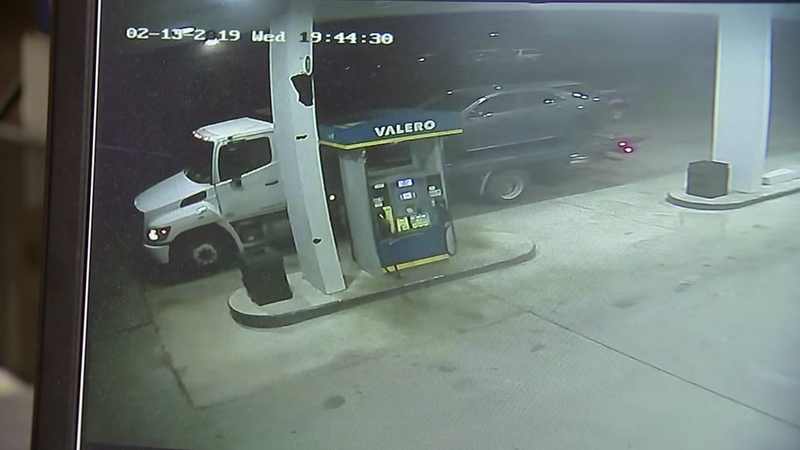 HOUSTON, Texas (KTRK) -- A woman was arrested after she was caught on video stealing a tow truck with a vehicle on it from a gas station.

Authorities say a wrecker driver with National Roadside stopped to get gas and went inside the store to use the restroom.

While he was gone, the woman, who was also inside the store, walked out, got in the truck and drove off.

Surveillance video shows the tow truck driver later walk out of the store and discover his truck was gone.

RAW VIDEO: Watch the moment the truck is stolen

He called his boss, who notified police. The truck had GPS tracking on it.

Around 9 p.m., Houston police told Montgomery County officials that the stolen truck was in their area on FM 1314 near SH 99.

As units with DPS, Montgomery County Sheriff's Office and Precinct 4 constables tried to catch up with the truck, it turned into the Magnolia Bend subdivision off FM 1314 and stopped on Ponderosa Circle and Hickory.

The woman was taken into custody, and the stolen tow truck was recovered. The wrecker driver was about to drop off a customer's vehicle when the truck was taken.

The woman will be charged with unauthorized use of a motor vehicle.