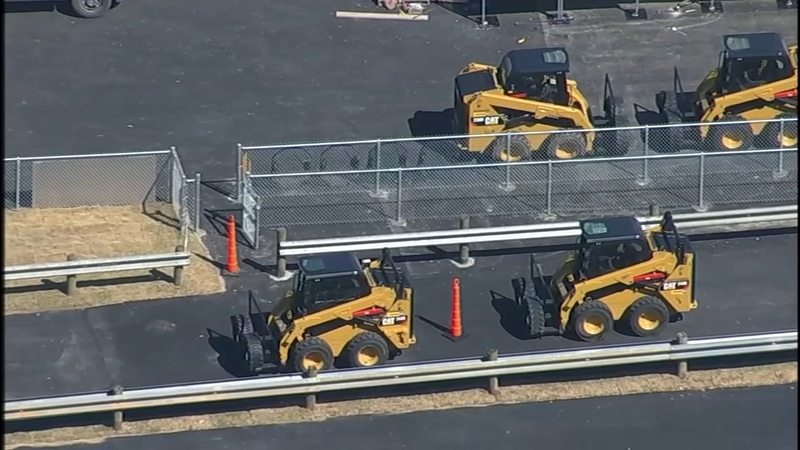 Katy mother believes she stopped woman from kidnapping her son

KATY, Texas (KTRK) -- Unusual behavior and an uneasy feeling led a mother to stop what she believed to be an attempted kidnapping at Dig World in Katy.

Nicole Annas and her husband took their boys to the heavy construction-themed amusement park near Katy Mills Mall on Saturday afternoon. Their 4-year-old was excited about the excavators.

"We had been waiting to go to Dig World for months," said Annas.

Annas was watching her son from behind the fence when she noticed a stranger walk up to her son and enter the area with him.

"She climbed onto the excavator. She buckled him in. And at that point, that's when I whipped out the camera. I recorded and I watched her," Annas told ABC13.

Annas said she was close enough to hear the woman trying to make her son feel comfortable.

Then, her behavior became stranger.

When the 4-year-old's time was up, Annas said the woman guided him toward the center exit.

Annas said she stopped what she believes was an attempted kidnapping.

Dig World sent the following statement regarding the incident:

"At Dig World safety is our highest priority. Of course, this occurrence is concerning and as a result we have been working closely with law enforcement and the family since the incident to fully investigate the matter."

"If I had been distracted, every mother's worst fear would've come true. God forbid, we would be having a different conversation today," said Annas.

Although no crime was committed according to Katy police, Annas said her message for all parents taking their kids out to parks and playgrounds is this: "We must, must keep our eyes open for unusual situations to save our kids."