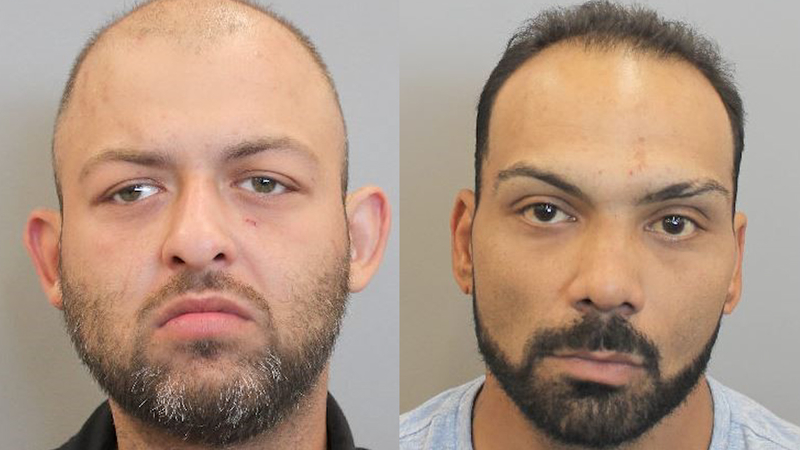 RELATED: 2 suspects on the run for Houston-area scam targeting elderly

Authorities say a two month-long investigation led to the arrest of the men after they allegedly used the "wobbly wheel" scam to steal money from people.

Police say the men were known to follow drivers and honk or yell that the front wheel of their car was loose.

If the driver pulled over, the men would allegedly convince them that their wheel could be fixed with a vehicle part that they happened to have with them.

Then, they would allegedly ask to be reimbursed for the part. After they "repaired" the vehicle, police say they would drive the victims to a bank or ask them for payments in gift cards.

Investigators say Stanely and Yonko would come off as friendly and helpful until a victim told them that he or she had no money or the price was too high. They would then become forceful and threatening.

Investigators believe there are more victims, and are asking anyone who may have had contact with Yonko or Stanley to contact the HPD Major Offenders Division at 713-308-3100 or Crime Stoppers at 713-222-TIPS.