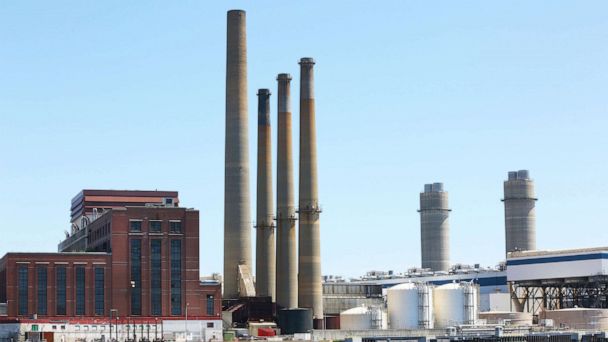 Even before the global coronavirus pandemic forced people to stay inside and businesses to close in a largely unprecedented way, summer months strained electrical grids. The oppressive heat forces residential and commercial units alike to crank up the air conditioning, causing a significant increase in power usage and a greater likelihood of a blackout.

But now, with a record number of people working from home, combined with high unemployment amid the summer heat here in the U.S., there could be a heightened risk of power outages, experts say, despite the overall decrease in power consumption across the country.

At issue are residential grids that are not designed for the sustained increase in power demand. The issue was examined in a report by the Earth Institute at Columbia University, which focused on electricity usage in hundreds of Manhattan apartments in April.

Overall, weekday electricity use in those apartments increased by 7% after New York City's stay-at-home order from March 30 - April 5. However, when the study looked at "work" hours, the departure was more pronounced. From 9 a.m. to 5 p.m., Monday through Friday, the report said there was a 23% increase in "average apartment-level electricity consumption."

And this data was published in late April, before temperatures started to climb, which is a key contributing factor to power outages, study author Vijay Modi, professor of mechanical engineering and a faculty member of the Earth Institute at Columbia University, told ABC News.

New York as a case study

While an increase in residential power use is expected, The New York Independent System Operator, a not-for-profit corporation responsible for operating the state's bulk electricity grid, said the "electricity supplies in New York State will be adequate to meet forecasted peak demand conditions."

In its initial summer report, New York ISO said the state's peak load this summer is predicted to reach 32,296 megawatts (MW), which is well below the 41,319 MW of power resources available across the Empire State. New York's record peak demand of 33,956 MW was set in July 2013.

New York City's response to the coronavirus has led to an 8-10% decrease in the overall electricity usage in the state from July 5 - July, the New York ISO report said, which includes systems serving both commercial and residential areas.

The report indicates an increase in residential energy use, "especially during the midday," but did not share specific numbers. It said it prepared to meet consumer energy demands this summer.

"The grid is well-equipped to handle forecasted summer demand," Wes Yeomans, New York ISO vice president of operations, said in a statement. "We operate the grid to meet reliability rules that are among the strictest in the nation and are designed to ensure adequate supply."

"No utility would guarantee that there will be no outages for an entire summer. Heat, humidity and increased demand for power place stress on equipment. But if outages occur, our crews will respond," a Con Ed spokesperson told ABC News.

The company told ABC News it has spent $1.3 billion to prepare its system for summer 2020 and is "confident that we have done everything possible to maintain reliable service."

Similar to the Columbia University study, Con Edison said it forecasts overall New York City usage to be down because of a decrease in office use but with an increase in residential areas. Should an outage occur, the utility said it would send generators to those affected.

"Due to stay-at-home orders, residential demand has changed its typical cyclic daily profile and, in many cases, has increased," Dvorkin testified during a New York City Council meeting in late May about the city's cooling needs.

He said even if large parts of Manhattan are using less energy, that doesn't mean it's going to help grids deliver power to residents in Queens or Brooklyn, areas he said that have seen a huge rise in new residential units over the past several years.

Not all grids, even in the same city, are created equally. Systems serving primarily residential areas throughout the U.S. would likely see a greater risk of power outages because those grids were not designed for people to be home.

Modi said it's not just heat and usage that leads to blackouts, it's also a combination of time and days during a surge of usage. Residential grids, he said, are typically not set up for people to be working from home during weekdays, and this out of norm usage pattern increases the probability of a blackout on a hot day.

"I think it will be a combination of all those [things] and now you add on top of that, if we are all not going to the beach or park, everybody at home on that hot day, kids are not at camp, using A/C across the buildings ... that's starting to increase the risk," Modi said.

An added risk for residents this summer if there's a lengthy power outage is that many places people could go to cool down, libraries, malls, gyms, etc., are shut down or operating at limited capacity due to social distancing demands.

Dvorkin said many residents are electricity-vulnerable and cannot withstand a prolonged power outage. It could only be three to four hours before health issues would arise following a blackout for the most at-risk population.

For some, "if you can't restore [power] within that time frame, people will incur some long-term health implications," he told ABC News. Electricity is a "critical dependency because some have life support equipment at home which must be recharged," he said.

The potential pitfalls for electrical grids this summer won't be limited to New York City: areas across the country where temperatures are high and usage is up are at an increased risk, the Earth Institute study said.

"There is no reason to expect that the changes we are observing in New York City are not occurring in other U.S. regions, or elsewhere in the world," the Earth Institute authors wrote. "Furthermore, in places where energy loads are primarily residential, and there is not a proportional reduction in nonresidential load, we would expect to see total energy demands increasing - along with higher risk for disruptions to existing energy supply and distribution systems."

The U.S. Energy Information Administration forecasts that power consumption in the country will actually decline by 4% in 2020 and then grow by 1% in 2021.

"This decline in expected consumption reflects significant changes in electricity consumption patterns resulting from efforts to mitigate COVID-19," EIA said in a statement Tuesday. "These mitigation and reopening efforts are currently evolving, which introduces heightened uncertainty into the STEO's electricity forecasts."

However, like other energy forecasts, EIA's report includes both commercial and residential use. It says the decline is almost solely from the drop in commercial and industrial use.

National sales of electricity to residential areas was 8% higher in April this year compared to April 2019. Despite the increase in a month before temperatures spiked, EIA said it forecasts "COVID-19 mitigation efforts will decrease gradually through the third quarter of 2020" and that 2020's power usage numbers will be flat compared to 2019.

Modi said the issue of increased temperatures this year would be particularly troubling for warmer regions of the U.S.

"If I'm in a hot climate and I see COVID numbers growing, [like] in Phoenix and everybody is home and it's hot and everyone has cranked up their A/C, I think they will see impacts," Modi said.

And the weather is not expected to cooperate. In fact, the National Oceanic and Atmospheric Administration forecasts warmer summer temperatures throughout the U.S., especially along the coasts.

In NOAA'S latest climate report, much of the U.S. has a 50% chance or higher to exceed normal temperatures from July through September. Places that have an even higher probability of warmer temps include the Northeast, West Coast, Southwest, Florida and Alaska.

Those temperatures are likely to test grids throughout the summer as states like Arizona, Texas, Florida re-institute some shutdown policies due to recent spikes in COVID-19 hospitalizations, forcing more people to stay at home.

However, Arizona Public Service, who provides electricity to more than 2.7 million people in Arizona, said even with temperatures forecast to be above 110 degrees in the state this weekend, the organization does not see residents' power being impacted.

"We do not foresee any issues with meeting or planning for demand and no concerns in continuing to do so should the stay-at-home conditions continue," Jacob Tetlow, Senior Vice President of Operations at APS, said in a statement to ABC News. "We like to say 'summer is our season.' Warm temperatures are normal, and we work all year long to prepare for summer. We have the resources and supplies in place to reliably meet customer demand."

APS said it does not anticipate any disruption of service this summer despite its peak demand forecast for 2020 7,470 MW of is expected to exceed its all-time peak demand of 7,367 MW, which was set in 2017. The company said it has a 15% reserve margin to combat these types of peaks, even in residential areas.
Report a correction or typo
Related topics:
abc newsnational
Copyright © 2022 ABC News Internet Ventures.
TOP STORIES
Harris Co. judge accused of unlawfully arresting former TV journalist
Employees having trouble getting paid from popular Midtown restaurant
Gulf disturbance up to a 40% chance of development
Migrants in search of a better life continue to die on their journeys
TX AG on ruling for early-term abortions: 'Judge's decision is wrong'
'The American dream is alive,' one immigrant tells her story
Texas Senator John Cornyn addresses gun safety legislation
Show More
'Armed and dangerous' man escapes from Texas hospital
2 people hospitalized after boat crash on Lake Houston, HFD says
Man wanted in wife's death fatally struck by van, police say
1 hospitalized after big rig falls into construction hole
Burn ban in effect for unincorporated parts of Harris County
More TOP STORIES News