When will we know 2020 presidential election winner? What could and what won't happen 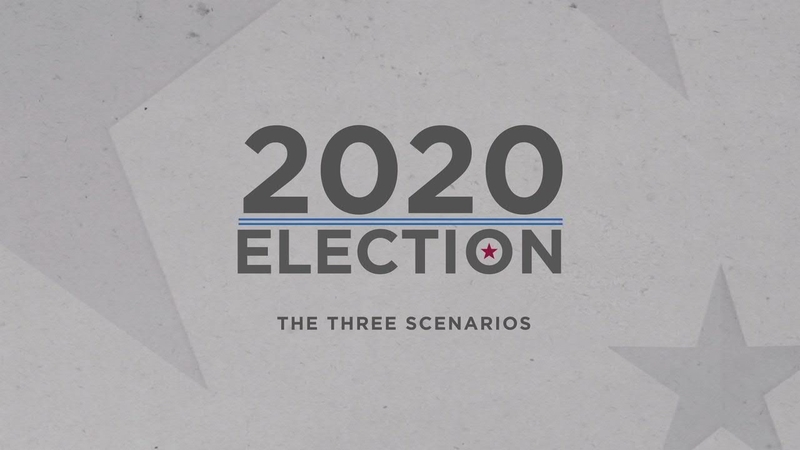 SAN FRANCISCO -- With the 2020 presidential election being conducted as no other election has been before, Election Day results looked different this year.

We did not find out who won the presidential election between President Donald Trump and former Vice President Joe Biden on Election Night.

So when will we know who will be elected president of the United States?

We still don't know for sure (and we'll explain why), but there are three real possible scenarios, explains ABC News political director Rick Klein.

Possibility No. 1: Too close to call (yet)

It could take some time to count up all the ballots cast in this election -- and early numbers indicated, it's a lot of ballots.

The main reason it will take longer to call the election this year is because an unprecedented number of people are voting by mail amid the coronavirus pandemic. Some states, including battleground states like Florida and Arizona, started processing those ballots already. But in other key states, like Wisconsin and Pennsylvania, elections officials couldn't even start counting mail-in ballots until Election Day. By the way, even in states that do start processing early votes and mail-in votes before Election Day, they don't release any results before the polls close.

Because an electoral victory is hinging on a few key battleground states, knowing who wins the 2020 election will depend on how quickly those states are able to process and count mail-in ballots.

No one wants this, but we should probably acknowledge it's a possibility. There's a chance there are voting irregularities that tie up results in certain precincts, counties or states, which prevent a clear winner from being projected. There could be legal battles that last weeks, Congress or the Supreme Court could intervene, and we're left not knowing who the next president will be for weeks.

Even in that scenario, things should (hopefully) be sorted by Dec. 14, when the Electoral College convenes and electors from each state cast their votes. Then, on Jan. 6, Congress tallies those Electoral College votes and makes the decision official.

No longer a possibility: A conventional Election Night

As of Wednesday, ABC News was not able to make projections to call the race. None of the candidates had been projected to win 270 electoral votes (the threshold needed to win) on Election Night. There was no concession by either candidate. This was an unlikely scenario. So this scenario is out.