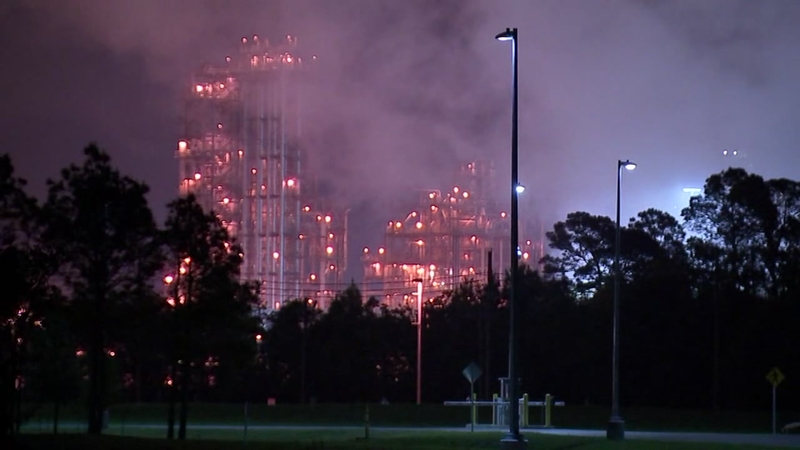 BAYTOWN, Texas (KTRK) -- Officials responded to an "UpsetUnit incident" at the Chevron Phillips facility in Baytown late Sunday, according to the Community Awareness Emergency Response line.

The message stated the incident occurred at the facility at 11:05 p.m. Sunday. An all clear was given just before midnight.

During the incident, flames, flaring, noise, sirens and smoke were noticeable, the alert stated.

Feel that big boom in #Baytown overnight? There was an “incident” at the Chevron Phillips plant... #abc13 pic.twitter.com/N2FXL8mGVu

The company later explained there were basically two incidents that occurred at the same time. A unit at the Cedar Bayou Plant initiated a pressure release, a routine measure to bring the unit to a safe state, according to a company spokesperson. Coincidentally, and within minutes, a ground flare on a different unit occurred. Both units were in close proximity, but the incidents were said to be unrelated.

ABC13 viewers as far north as Liberty wrote on social media they felt the ground shake.