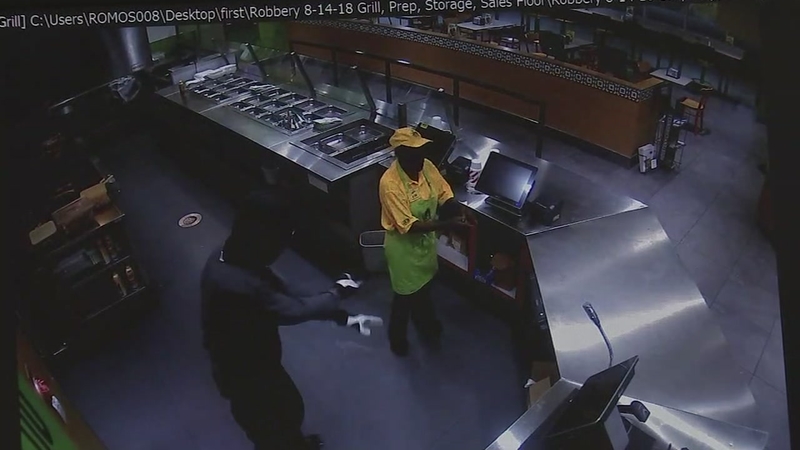 HOUSTON, Texas (KTRK) -- Well-coordinated armed robbers are on the run after hitting at least three businesses across Houston, according to law enforcement.

Police say these same three robbers hit another gas station and a McDonald's this week.

The men burst inside each time holding employees at gunpoint.

At a McDonald's on Highway 6 near Sienna Plantation, they appeared to shove a gun in one employee's mouth.

They also robbed a Stripes across the street from the Missouri City police station.

The best image of the suspects comes from the McDonald's surveillance video. Part of one suspect's face can be seen along with tattoos on his hands.

So far, the injuries have only been minor, but police fear it could escalate.

You're asked to call police with any information. Crime Stoppers is offering a reward.