LOS ANGELES, CA -- It's a night of fiery performances with the rumba, samba, salsa and more: Season 22's 12 couples Cha-Cha into Latin Night on "Dancing with the Stars." Two stars tie for first place; one dancer is placed on the disabled list for the time being; and head judge Len Goodman schools us on a new word! Get out your dictionary and let's dance!

Here's a recap of round two from highest to lowest score:

Mark Ballas gets through several days of rehearsals with Paige and she is nervous about the lifts that he's put into their salsa. He promises her he's never dropped a partner. Maybe he jinxed things? He didn't drop her in Sunday's rehearsal, but now he's the one down for the count. Slipped disc? Pinched nerve? Either way a big ouch! Troupe member Alan bravely steps in on only a few hours' notice and proves to be a perfect pinch hitter. And there was no trouble with the lifts! Len praised Mark's choreography and applauded Alan for being a team player; he also said this was the best dance he's seen this season. (OK we're only two weeks in!) Bruno Tonioli thought the dance was filled with power and energy, but also had an ease of moment; Carrie Ann Inaba said they destroyed the number and it made her want to get up and dance!

The Boyz II Men singer takes Lindsay Arnold out on the road on tour and they seem to rehearse all across the country. But this is one determined guy! He said he set the bar high and he plans to not just bring his "A" game, he plans to bring the whole alphabet! Their salsa is fantastic, with Len praising their energy, excitement, and rhythm. Bruno encouraged Wanya to continue to "go for it" and Carrie Ann called him the king of the ballroom!

Jodie was "full" of disappointment after receiving a 6 score from Len during week one. She's putting a lot of pressure on herself for the samba. Rehearsal footage showed her really getting into the theme and character, then covering her eyes and feeling shy and awkward. Jodie had a little meltdown, and apologized to partner Keo Motsepe for her tears and frustration. He wisely told her it's just a waste of energy. She seemed much more focused for the performance, with both Bruno and Carrie Ann advising her to not overthink things and enjoy dancing in the moment. Len commended Keo for his well-rounded choreography.

Ginger's used to live television as she does it every morning! But the Good Morning America meteorologist was surprised how much she felt at home on the stage during week one. Her pro partner Val Chmerkovskiy has a mission this week: help the cute and sweet Ginger find her inner "swag" so she can pull off a sexy salsa. She knows it's in her somewhere, she's just been a working wife and now mother and said she "buried" her flirtation factor. Carrie Ann applauded her for owning her own unique beauty; Bruno thought the dance had great content, but was hindered by a couple of foot faults, and Len was happy to see his own personal "demand" to put real recognizable steps into the routine was met with plenty of "supply" by Val's choreography.

Nyle wants to prove his first dance wasn't a fluke and he's in it to win it. He called week one's live performance the most memorable experience of his life. Nyle wants to keep up the momentum, keep working hard, and lets us know he won't be playing the sympathy card. Peta Murgatroyd sees his potential and says she will help push him as much as she can with her choreography. In a sweet moment at rehearsal, his mom, who is also deaf, gives her seal of approval for their rumba. However, the judges were all a bit disappointed. There was a lift, and both Len and Carrie Ann called them out on it. Len also told him to calm down! Host Tom Bergeron asked the question we all want to know: How they do this when Nyle is completely deaf? Peta revealed she has some tricks that include a scratch on the back or a squeeze of the hand.

The seduction and sexiness of the Argentine tango comes to the ballroom via Marla and Tony Dovolani. She said it's pushing her out of her comfort zone, but in a good way. There's a bit of comic relief in rehearsals as Tony introduces us to Marla's super healthy (or according to Tony, hippie) ways. Whatever it is, it's working. Bruno tells her he likes what he's seeing, but feels she's holding back just a bit. He said if you've got it, flaunt it!

The skin cancer foundation is thrilled with Von's schedule. He promised Witney Carson that he'd give her $100 for every minute he was late to rehearsal. She's also fining him for some other rather inappropriate behavior during rehearsal. (Alright he farts a lot.) Carrie Ann wants the big man to own the dance floor; she thinks he's dancing too small; and Bruno thought the Cha Cha was lost in translation; he drowned it with his personality.

Most improved player of the week easily goes to Doug. Karina Smirnoff choreographed a fairly straight forward pasodoble and he attacked it. His daughter, who is a dancer, stopped by rehearsal and gave her father some encouraging words. The judges were thrilled with his progress.

PHOTOS: Celebs heat up ballroom floor during Latin Night on "Dancing With The Stars" 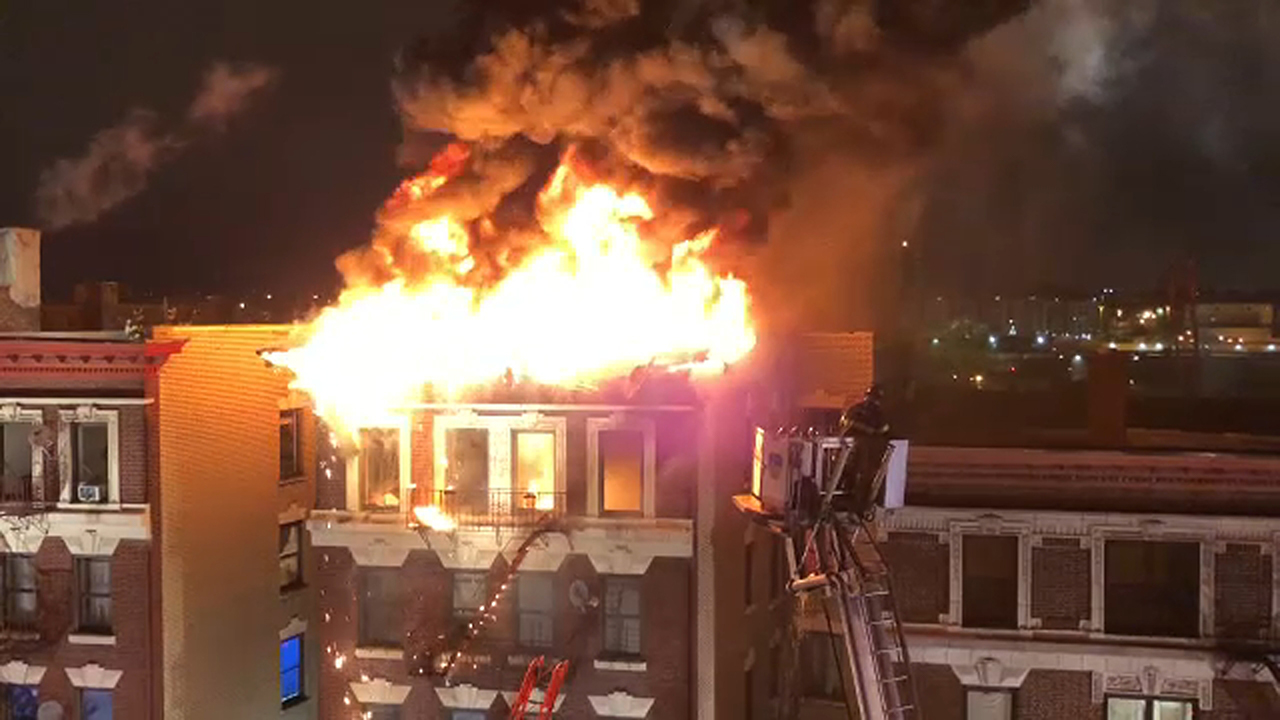 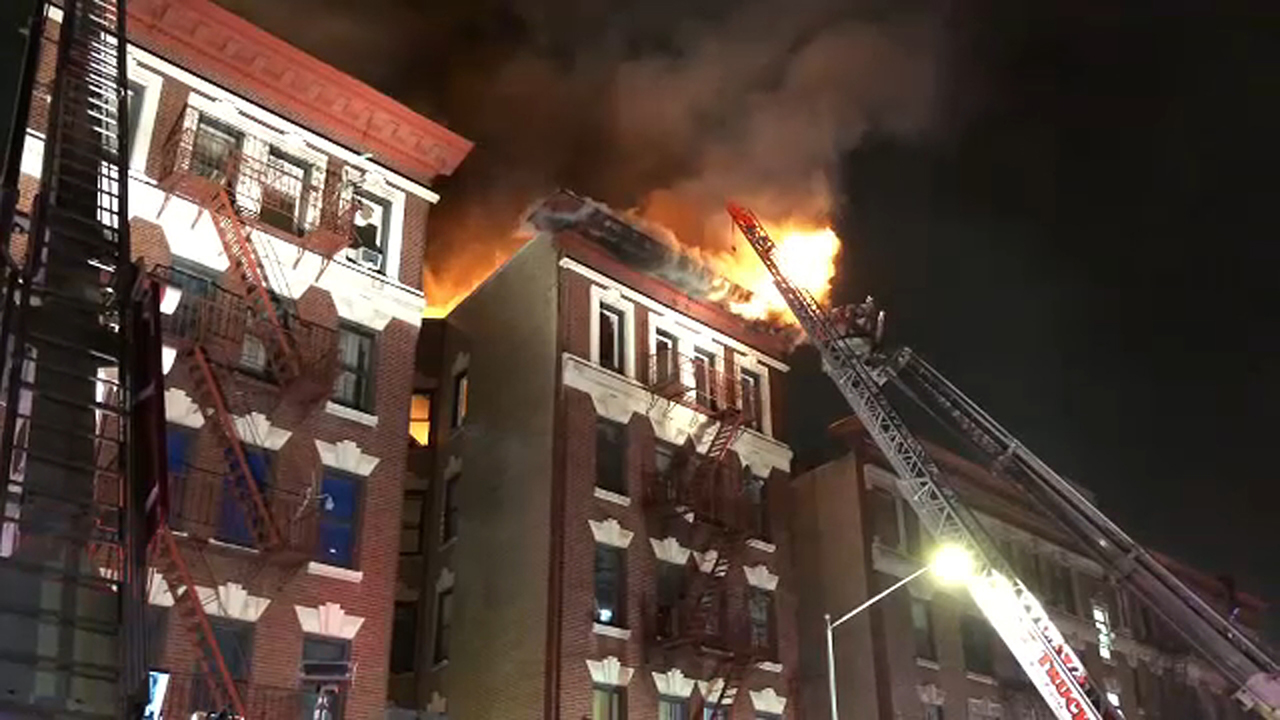 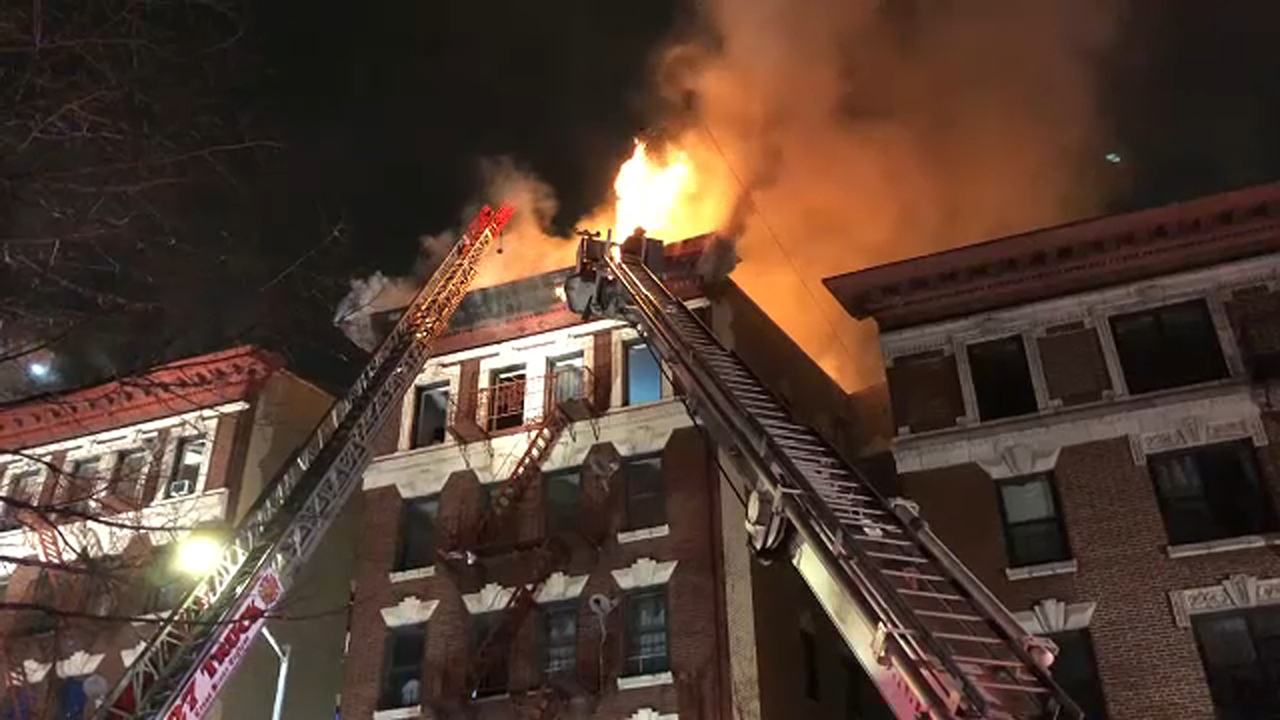 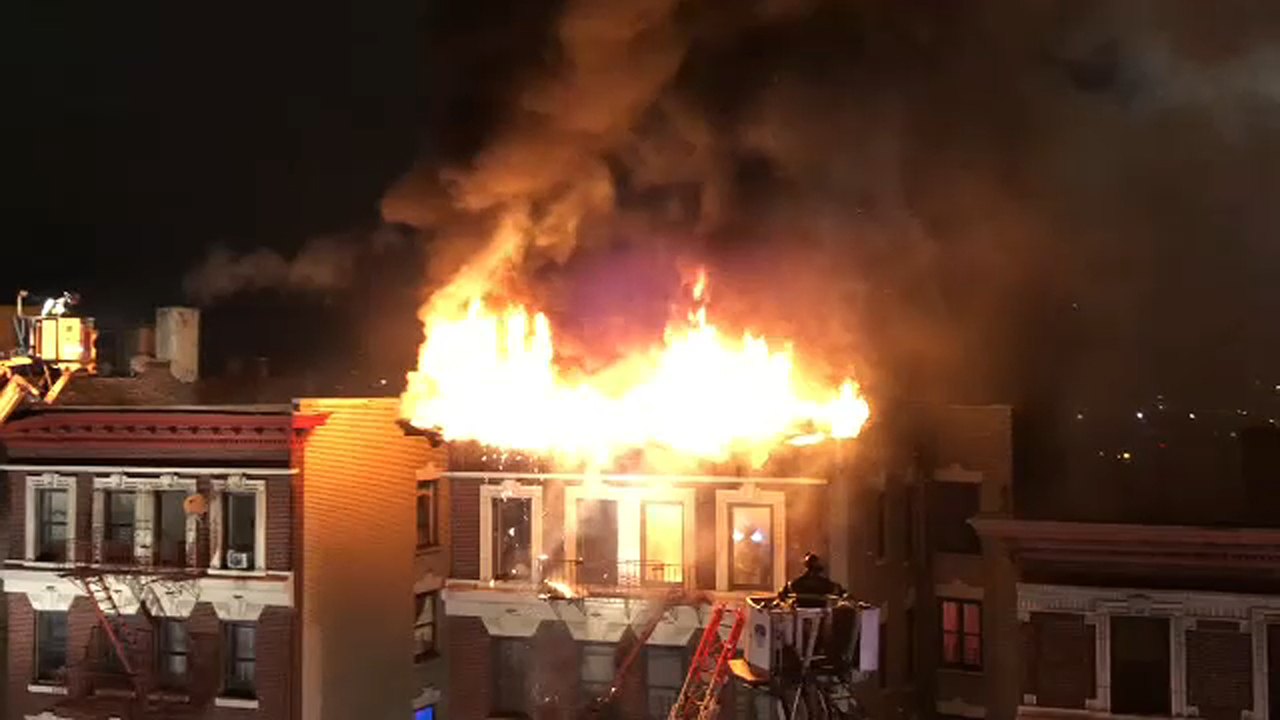 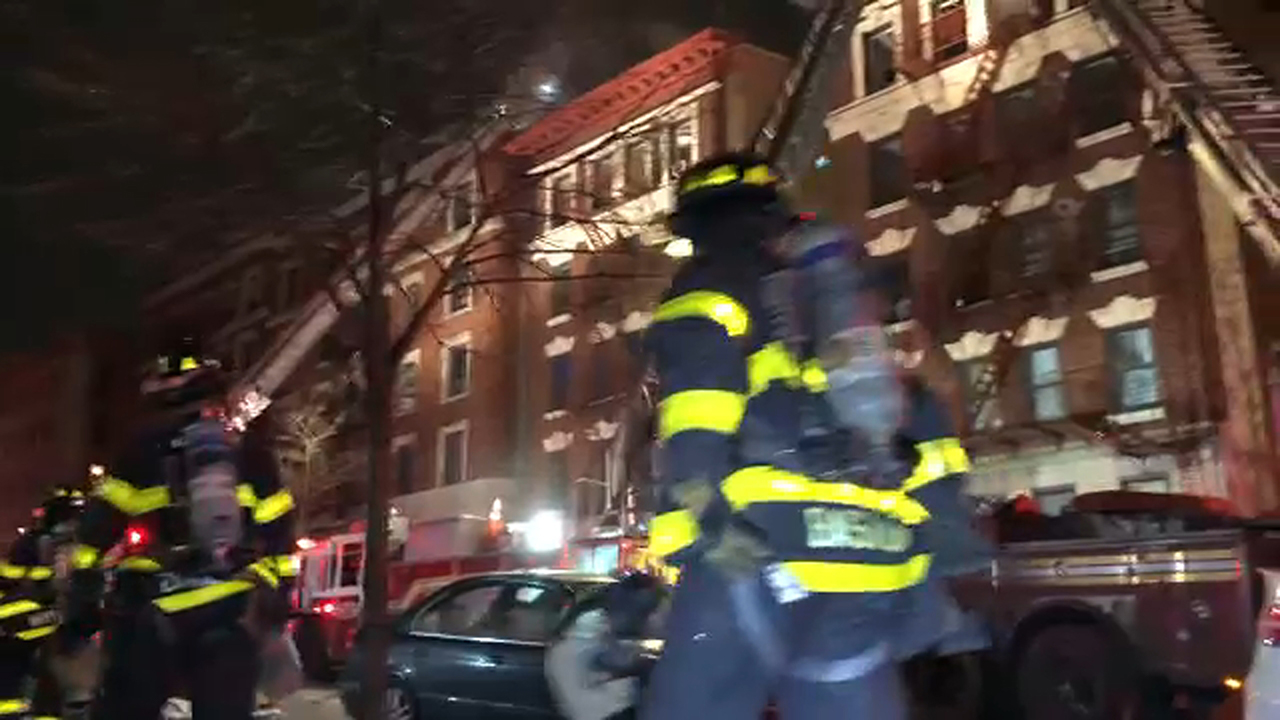 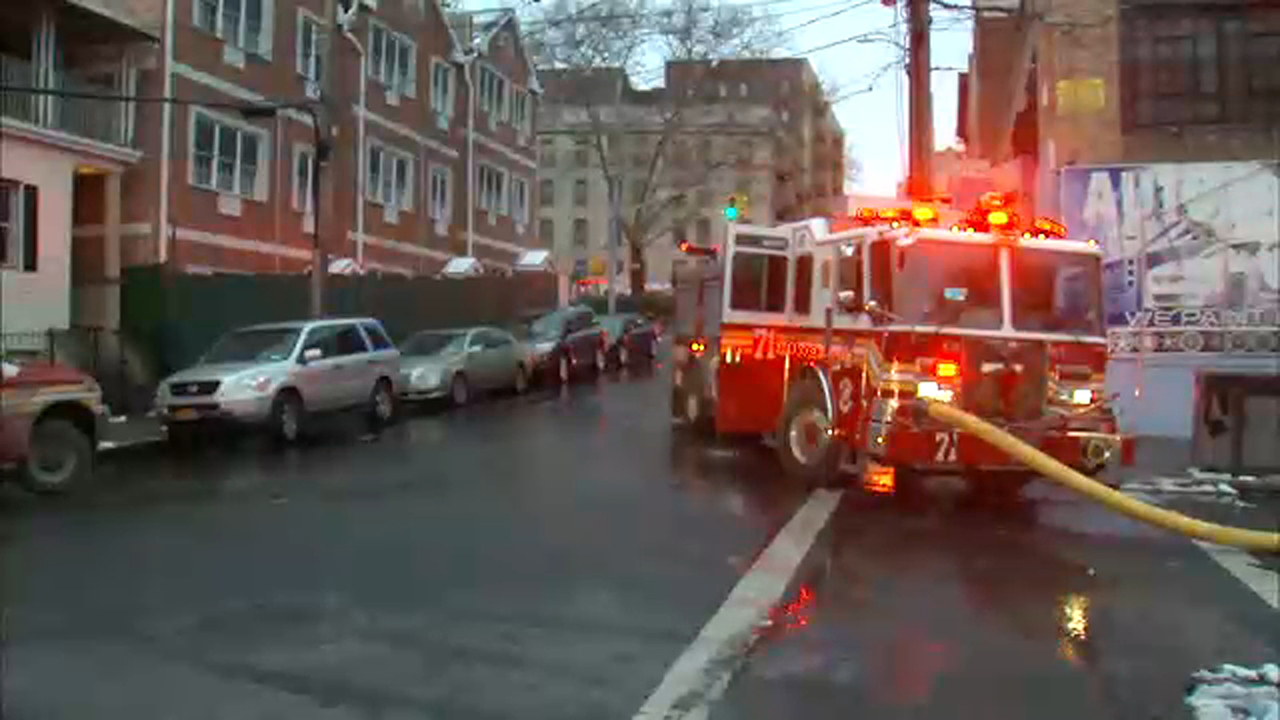 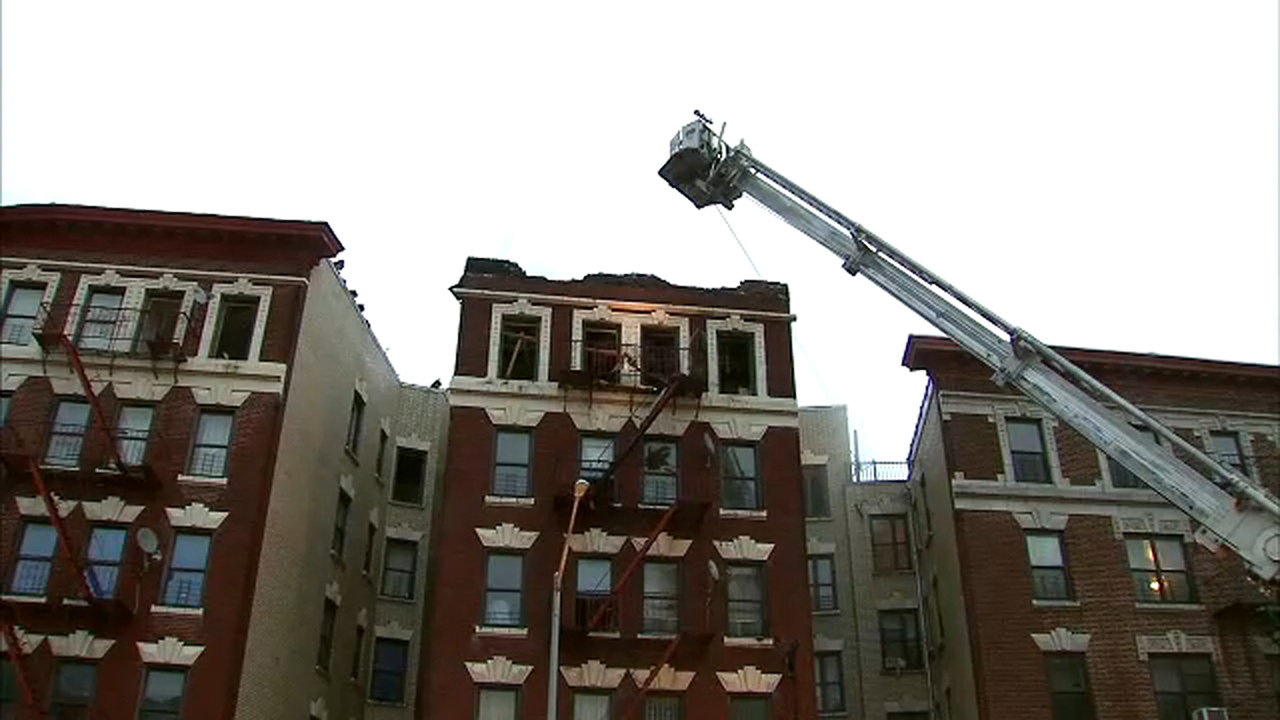 Kim's overjoyed that her salsa will be done to a Gloria Estefan song because she's a huge fan. Just like Jodie, Kim hit the level of frustration tears during rehearsal. So to make her feel a little better, Sasha Farber got Gloria on the computer for a little Skype motivational session. It worked! Kim lost her footing just a bit in the dance, but the judges praised her ability to let us know she's having a good time. Carrie Ann told Kim she has Tina Turner's legs and Beyonce's energy!

We're sure the football star's never had a coach teach him the kind of things Sharna Burgess did this week. The dance pro told him he needed to invade her personal space and "be all up in it" to do the proper rumba. He was a little embarrassed, as the two have only known each other for about two weeks. But AB also had a big smile on his face during most of rehearsal and then again in the performance. All three judges feel Antonio has what it takes to be a dancer, he just needs to commit.

She needs to shake that chip off her shoulder from Len's comment during week one. He said she was walking, not dancing. Yes, a little harsh, but you've got to move on! Her partner Artem looks frustrated with her lack of commitment and says he can't make her want to do it. All three judges appreciated the fact that she tried (a little) and did improve from week one. Bruno thought there was some Cha Cha in the routine, it just wasn't to the music. And Carrie Ann tried to keep things positive by telling Mischa everyone just wants to lift her up.

The Fox newsman and his partner Edyta Sliwinska came into this week in last place with the judges so they knew they needed to do something. Geraldo can't dance. So they went for some laughs, and he channeled Donald Trump, bad wig and all, while fumbling through the salsa. Carrie Ann said there wasn't much of a dance, but it did entertain and make her laugh; Bruno praised his bravado, but questioned whether or not there was any content in the routine; and Len introduced us to the word "trumpery." Of course we Googled it. It means "attractive article of little value or use" or "showy but worthless." Ouch.

When it came time for the first elimination, Tom and Erin Andrews let us know that there were three couples in jeopardy: Doug and Karina, Mischa and Artem, Geraldo and Edyta.

And the unlucky first-to-be voted off for season 22: Geraldo and Edyta.

Eleven couples return next week to tell us about "their favorite year."

See photos from 'Dancing With The Stars' Week Two

See photos from behind the scenes of 'Dancing With The Stars'