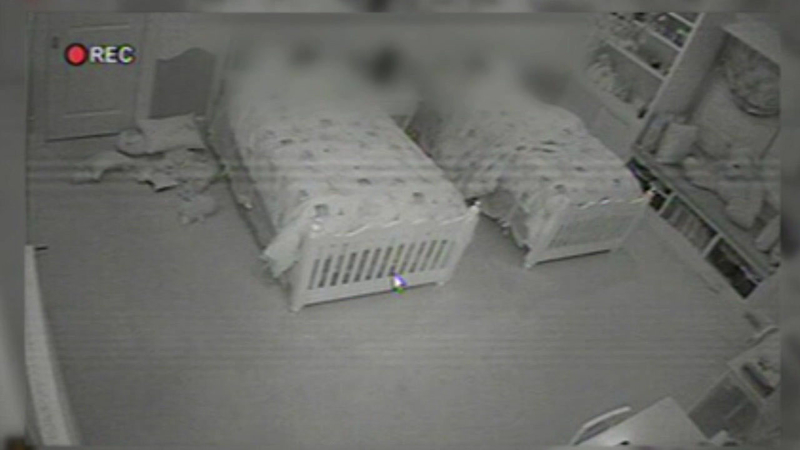 HOUSTON (KTRK) -- A Houston mother made a terrifying discovery after she learned that someone had hacked into a webcam in her daughters' bedroom and had been streaming everything online. Jennifer says the hackers didn't get through with a weak password but through one of her daughter's favorite video games.

She had no idea people across the world had access to her daughters' room until a woman 2,000 miles away tracked her down.

"I happened to get a text from a friend of mine that said she saw a picture on Facebook and she thought it was a picture of our daughters' room," said Jennifer, who asked not to be identified by her last name.

Jennifer says the hacking is a parent's worst nightmare.

"They're in my house. People are watching my kids in their home, dressing, sleeping playing," she said.

A woman in Oregon ran across the live stream while looking through the Webcams Viewer app for a spot to take her own family on vacation.

Ivie told Eyewitness News that she immediately started trying to find the family that the live stream belonged to.

"I basically spent my entire Sunday at home sharing it to every Houston page I could think of," she said. "I shared it on several news sites. I shared it a bunch of Houston-moms Texas groups in hopes that social media would take it from there."

Within hours, the picture made it back to Jennifer.

A security company was able to track the hack. Jennifer says they believe the hack came from a video game one of her daughters was playing. In one of the games, to play you have to enter a server name.

"She obviously didn't know a server name. She's eight. She ended up looking up on YouTube "servers to play Minecraft" and she ended up giving a name," Jennifer said. "She put that in the little thing where it says server name and began playing."

From there, the hackers worked their way into the cameras. Jennifer wants the applications that allow this kind of invasion shut down. In the meantime, she's beefing up their system even more, and making a few other changes.

"My advice is always watch to see what your kids are doing. My kids are now unfortunately no longer to be on the internet," she added. "Because I just can't chance it again."
Related topics:
houstonhackingchildrensurveillance camera
Copyright © 2022 KTRK-TV. All Rights Reserved.
TOP STORIES
No bond granted for suspect in Pct. 5 corporal ambush killing
Bodies found in back seat and trunk of burning vehicle in Liberty Co.
Attorney of man questioned in dad's death wants him to seek help
Houston greenlights plan to help homeless find housing
EPA announces cleanup plans to address Fifth Ward cancer cluster
Investigation underway in pregnant woman shooting
Search underway for suspect in Texas City double shooting
Show More
New Buffalo Speedway bridge opens over Brays Bayou
ABC13 sits down with 3 of 5 Democrats looking to unseat AG Ken Paxton
You could get paid to get your COVID vaccine or booster
Man who sold weapon to Colleyville synagogue standoff suspect charged
C. Baldwin Hotel announces downtown watch party for The Bachelor
More TOP STORIES News