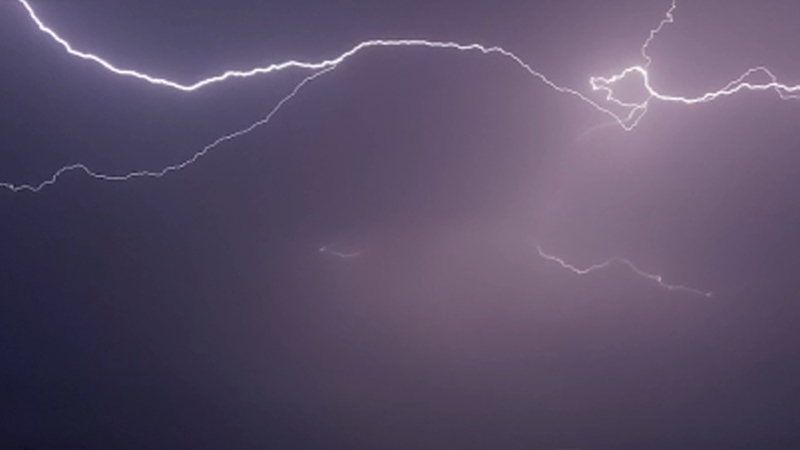 IOWA COLONY, Texas (KTRK) -- Three construction workers are recovering after being struck by lightning as a storm rolled through Wednesday night in Iowa Colony, located in Brazoria County.

This happened around 8:20 p.m. as they worked on a home in the Sterling Lakes subdivision near Melmack and Acklen Run Drive.

The Iowa Colony Fire Department says the crew was working in the garage when lightning hit the home, striking the workers.

One of the men is in critical condition. Bystanders started performing CPR on the man because he was unconscious.

Iowa Colony police officers and deputies with the Brazoria County Sheriff's Office arrived shortly after that and took over. Volunteers with the Iowa Colony Fire Department also arrived quickly and helped with CPR.

The first responders were able to get a pulse back on the patient, who was loaded into an ambulance and taken to the hospital.

"Without the quick action of the Iowa Colony Police Department and Brazoria County Sheriff's Office... it is believed those actions saved that person's life," said Allen King with Iowa Colony PD.

The other two workers, including one who fell and hit his back, were also taken to the hospital.

"I am extremely proud of the way all of the agencies worked together in a seamless manner to give this young man a chance," the fire department said on Facebook.

One first responder said this is why they volunteer, because they can make a huge difference in people's lives.

The fire department is asking for prayers for the man.