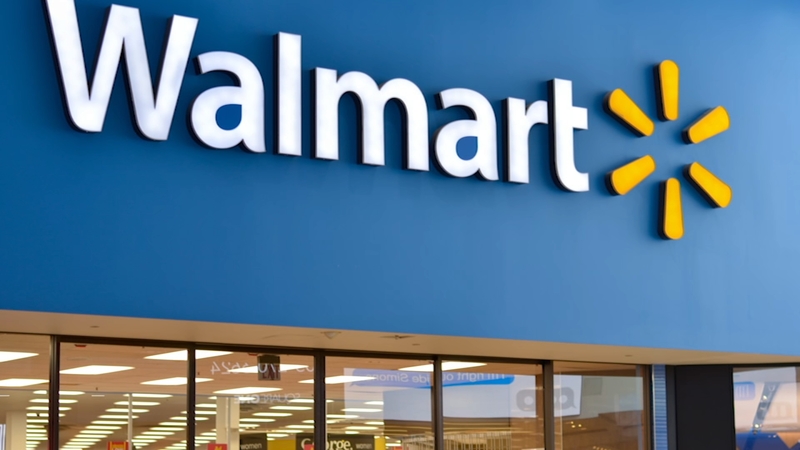 FORREST CITY, Arkansas -- Two police officers were wounded and a gunman was killed Monday morning in an exchange of gunfire at a Walmart store in Forrest City in eastern Arkansas, authorities said.

Forrest City Police Chief Deon Lee said one of the officers was taken to a hospital about 45 miles (70 kilometers) to the east in Memphis where he was in surgery but that the initial prognosis is "he's going to be OK."

Lee said the officers responded to the Walmart after someone called police to report a man who was making threats and was "kind of talking out of his head."

The mayor heaped praise on the officers.

"Due to their heroism and quick response, no civilians were injured," Forrest City Mayor Cedric Williams said.

Walmart spokesman Scott Pope said the company was working with the Forrest City Police Department with its investigation but declined further comment. Walmart is based in Bentonville, Arkansas.

Tammy Priddy, 57, works at Simmons Eye Center in the Walmart. She said she was preparing patient records for the day when she heard eight shots. She said she hid under a counter in the lab until the gunshots stopped.

"The first two shots kind of startled me, and then a coworker came in and said it was gunfire," Priddy said.

Forrest City is about 85 miles (135 kilometers) east of Little Rock.

Gov. Asa Hutchinson said in a tweet that he was grateful for the law enforcement officers who put their lives at risk to keep the public safe.

The retailer came under criticism for having insufficient security at the El Paso store on that day has since quietly expanded security at all its stores in the city to include an armed off-duty police officer and a security guard.

A spokeswoman for the company said in November that the hiring of off-duty officers in El Paso was not a blanket policy. It's unclear what security measures were in place at the Forrest City store on Monday.
Report a correction or typo
Related topics:
arkansasdeadly shootingshootingu.s. & worldwalmart
Copyright © 2021 by The Associated Press. All Rights Reserved.
TOP STORIES
Father and 2 children critically injured in crash on Hardy Toll Road
Man shot as driver followed common-law wife, then crashed, HPD says
Dense Fog Advisory, followed by near-record highs
Money in Lakewood Church wall may be tied to 2014 theft, HPD says
Parents of alleged MI school shooter arrested, authorities say
How unusual to charge parents in school shooting? EXPLAINED
UH could turn national title picture upside-down if it beats Cincy
Show More
Battleship Texas will open to the public 1 last time this weekend
Pasadena PD searching for suspect who stole Boy Scout trailer
Family of Navy vet shot to death on N. Fwy searching for answers
Watch 'ShopLocalish: Holiday Deals and Steals' with Tory Johnson
First, it was catalytic converters, but thieves moving to this part
More TOP STORIES News