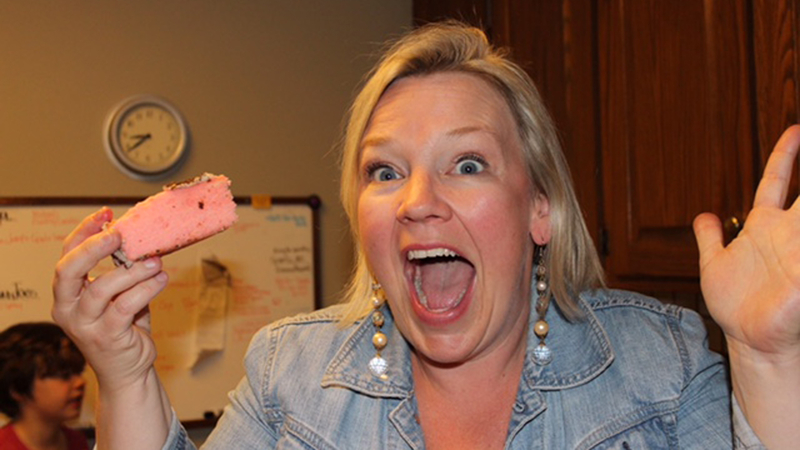 APEX, NC -- A video of a North Carolina mom during a baby gender reveal party is making its rounds on the Internet.

Mom Cher Lair and her husband Stephen have six boys and now a seventh child on the way. Cher started screaming, fell to the floor, and almost could believe she saw pink when she cut the cake at the party.

"Are they kidding? Is this a joke?" said Cher.

The couple says early on they sort of gave up hope they would ever have a daughter.

"Initially, on baby three and four I'm thinking 'They'll be a girl at some point. They can't all be boys.' But after four and five and six, You're kinda thinking, yeah they can," said Cher.

Monday, surrounded by her brood of boys, mom learned her long lasting wish for a little lady came true. She's nervous about the unmarked territory.

"We're a boy house for sure," said Cher. "I want to have that mommy-daughter thing, to take her to Cinderella, for pedicures and manicures, and shop for a prom dress. I've wanted that."

Most of the kids in the house are happy about the addition.

"I like my brothers but I'm tired of all the dirt piles," said 9-year-old Campbell Lair.

Others kids are not accepting, just yet.

Doctors say mom and the entire family will likely meet the princess in August.

"We are happy we got exactly what we were supposed to get with all these six and with a girl," said Cher.

The family has not picked out a name yet for the girl.