What to do if you're stung by an asp caterpillar 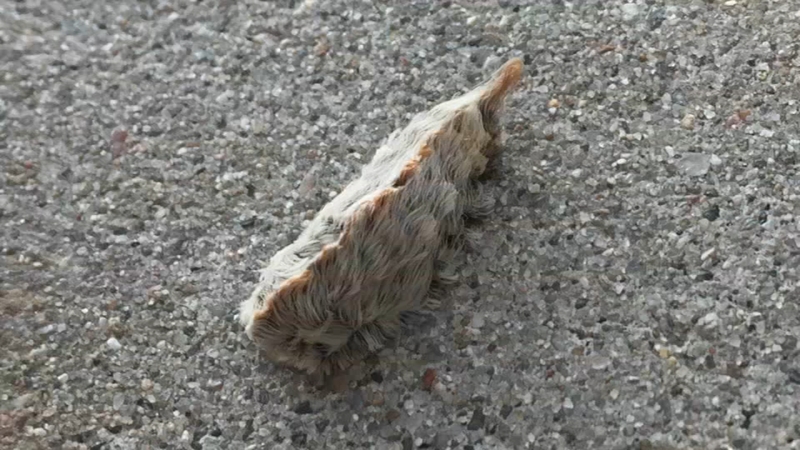 HOUSTON (KTRK) -- In 2017, Jordan Meredith was just standing in the parking lot at work, when suddenly she was overcome with pain.

"I felt this staggering, intense pain on my ankle," said Meredith at the time.

Most stinging caterpillars belong to the insect family known as flannel moths, which get their name from the flannel-like appearance, according to Texas A&M AgriLife Extension Service. The particular fuzzy bug seen in Texas is the southern flannel moth or caterpillar and are more common in the fall. The caterpillars are often in oak trees, rose bushes and ivy.

The adult moths appear in the late spring or early summer and lay eggs on trees. They hatch as caterpillars in the late summer and spend the winter inside unique-shaped cocoons, according to experts.

In past years, Colonial Park in West University Place had warning signs of the caterpillar, so parents and kids know to watch out for them.

Parents like Reena Jogi said at the time they were grateful the signs were there.

"I've shown them the signs and said, 'If you see something that looks like this, just don't touch it even though it's super cute and adorable and tempting," said Jogi, a mom and dermatologist.

If you are stung, make sure the caterpillar's spines, which look like hairs, are out of your skin. You can also use a cold compress to reduce the pain and swelling.

In 2017, an influx of the fuzzy creatures were blamed on the unusually wet year.