HOUSTON, Texas (KTRK) -- Lamar High School student Lucas Burton said he had one thing on his mind this week ahead of the winter break.

"I was just focused on my finals to be honest," Burton said as he left campus Monday.

It was the same day Houston Independent School District kicked off an anti-vaping week, and said campus staff would be sharing an anti-vaping video PSA with students to "start the conversation about prevention and awareness."

When 13 Investigates' Ted Oberg asked Burton about the video, he said, "I didn't see no video today ... I didn't even know until you told me just now."

One HISD administrator said she didn't know why the district held Vaping Prevention Week the same time as finals, adding that students didn't have time for the planned daily classroom exercises geared toward vaping prevention.

Still, HISD students said they've seen peers vaping in the bathroom at school, and it is an issue that needs to be addressed at all grade levels.

"Vaping is something that's very, very common. You'd be surprised," said Miriam Anyagafu, a DeBakey High senior who is active in the district's anti-vaping efforts. "Not only a lot of high schoolers do it, a lot of middle schoolers are doing it, and unfortunately, there have been cases where elementary schoolers have started vaping. So it is very common, and that's where we come into play."

A Centers for Disease Control and Prevention study shows about 20 percent of high school students reported using an e-cigarette in 2018, although both students and health professionals expect the number is actually higher.

At Houston's Lamar High School, a student was taken to the hospital for a suspected "vape overdose" on Nov. 21.

But, it's impossible to know the exact number of Houston ISD students caught vaping on campus, and the district doesn't have any plans to make that information available.

INTERACTIVE: Are students vaping at your child's school? Explore this interactive to see photos of what the devices look like, how creative students are at hiding them at school and how often it's happening.

Although school districts in Texas aren't required by law to track vaping incidents, 13 Investigates asked every public school district in Texas - more than 1,000 of them - how serious their vaping issues are.

Hundreds of districts responded, and a 13 Investigates analysis shows more than 15,000 vaping incidents at schools across the state during the 2018-2019 school year, including dozens at elementary schools.

The number of vaping incidents statewide is likely even higher, but some schools, like those in Houston ISD, either aren't tracking the information or won't provide it.

"I was surprised that the largest school district in the state wasn't tracking vaping incidents, considering all the vaping situations that have occurred where students have collapsed or become seriously ill," State Sen. Carol Alvarado told 13 Investigates this week.

Our investigation prompted Alvarado to send a letter to Houston ISD encouraging them to follow suit and start tracking it.

"It is critical that doctors, researchers and parents have reliable statistics to understand just how widespread the health threat of vaping is. With 284 campuses, HISD has the potential to provide vital data needed to understand the full extent of students' vaping tendencies," Alvarado said in a Nov. 26, 2019, letter to HISD Superintendent Grenita Lathan. "I urge HISD to implement a tracking system to help protect students' health."

Lathan responded a week later, acknowledging "vaping is a public health concern," but re-emphasizing the fact that it is not required to track vaping incidents, so it doesn't. She also included information about Vaping Prevention Week.

"I had to read the letter a few times because I thought I was missing the response to the big question," Alvarado said. "We know you don't have to do it, but it is important and this will be helpful in the future. And the fact that other school districts are doing it too proves that it can be done."

Following HISD's response, Alvarado sent another letter to the district on Tuesday.

"I would like to reinforce my recommendation for HISD to track vaping incidents. It has been noted that smaller school districts with less resources, although not required by law, are tracking vaping incidents," the letter reads. "I applaud HISD for observing Vaping Prevention Week but I urge you to implement a tracking system to help protect students' health."

During an anti-vaping event Thursday, 13 Investigates asked the district about its response to Alvarado.

"Tracking is an important factor for any health issue and we're very careful about protecting the privacy and confidentiality of our students. So that's an issue that really going to be continued to be considered, but at this point we are, we are not tracking that," Gwen Johnson, director of health and medical services for HISD, said.

Students at Michael E. DeBakey High School for Health Professions were leaving for the day ahead of a scheduled anti-vaping press event at 12:45 p.m. Thursday. As for the timing, Johnson said it's a week meant to create awareness and help educate students ahead of the holidays.

"We wanted them to leave with information at hand, but also there will be future opportunities for this campaign in that school year ahead, in the spring," Johnson said.

In the past, when 13 Investigates has asked HISD about what it's doing to fight vaping on campus, the district told us students are taking an anti-vaping class online through MD Anderson Cancer Center's "A Smoking Prevention Experience," or ASPIRE, program.

We asked the hospital how many students actually took the class. Since 2014, the district said 23,568 HISD students enrolled in the class. Only 10,297 of those students - less than half - have completed it. On average, that's less than one percent of HISD students each school year.

Dr. Ashish Arya, program director at MD Anderson's Department of Behavioral Science, said the hospital developed the program to educate youth about the dangers of vaping. He said HISD was the first area district to sign an agreement with MD Anderson for the program, which can be accessed from a computer, tablet or phone.

"We have to tackle what the community, especially in the youngsters, they see on YouTube, on social media, it's a lot misinformation," Arya said. "So we, with ASPIRE, try to give them the solid information that can dispel all myths and give them the truth and then the power is in their hands. They get to decide."

With students and HISD employees focused on finals this week, it's unclear how many HISD students participated in Vaping Prevention Week activities. But, students who were actively participating in anti-vaping prior to this week's event said it's important for peers to reach out to one another for help and education.

"It's become more of a thing that people are doing because, 'Oh, I tried it once' and then you're at a party and you do it again and then next thing you know you're addicted," said DeBakey High junior Mikayla Eatmon. "As a student, talking to another student, I think I would listen to somebody who was my age more than I will listen to somebody who was older than me. ... When you're talking to another student, it's like you care about me, you're my friend. You hold a special place in my heart. So now I kind of want to listen to you and I kind of want to make a change because I see that it's bad for me." 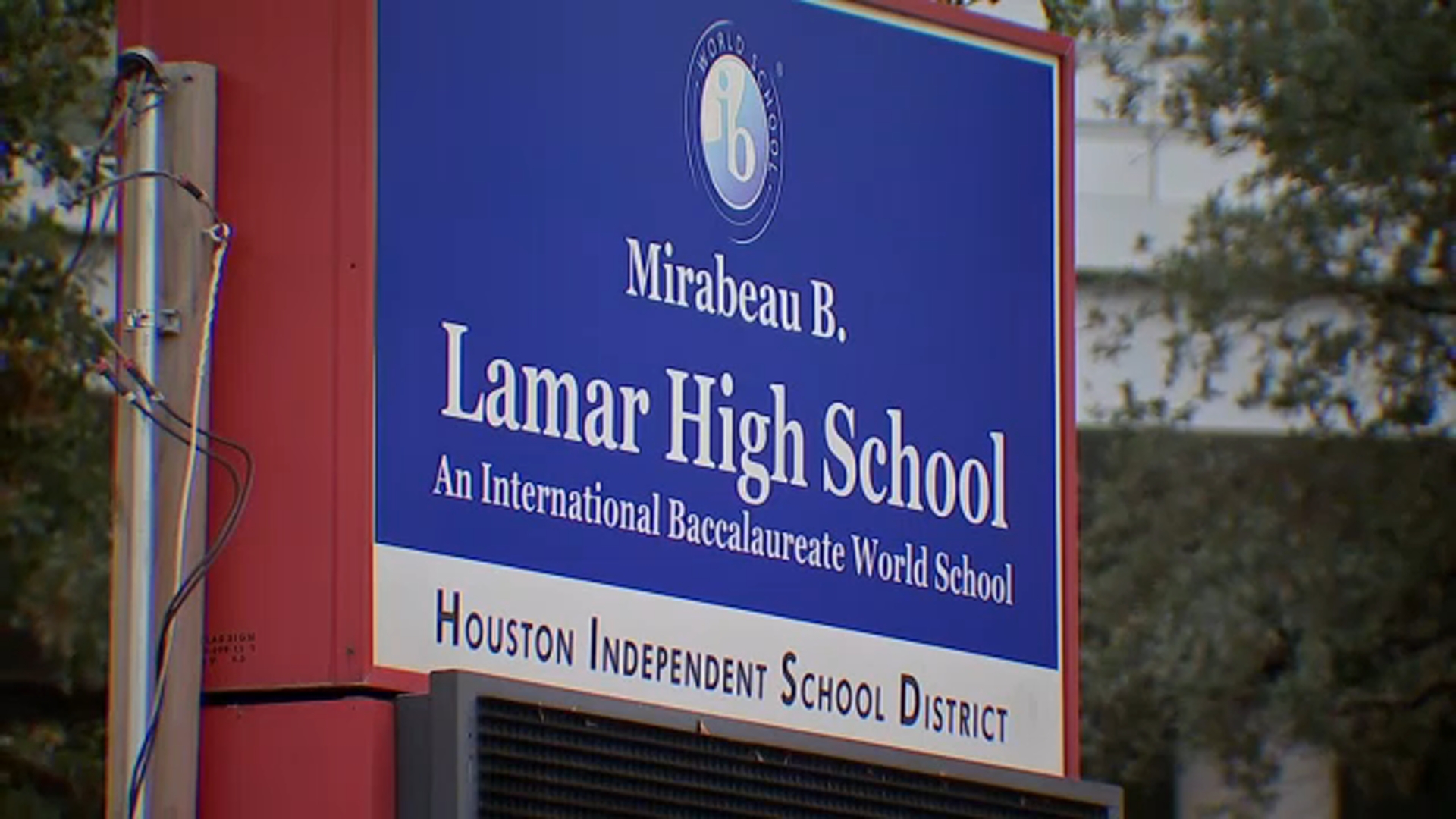 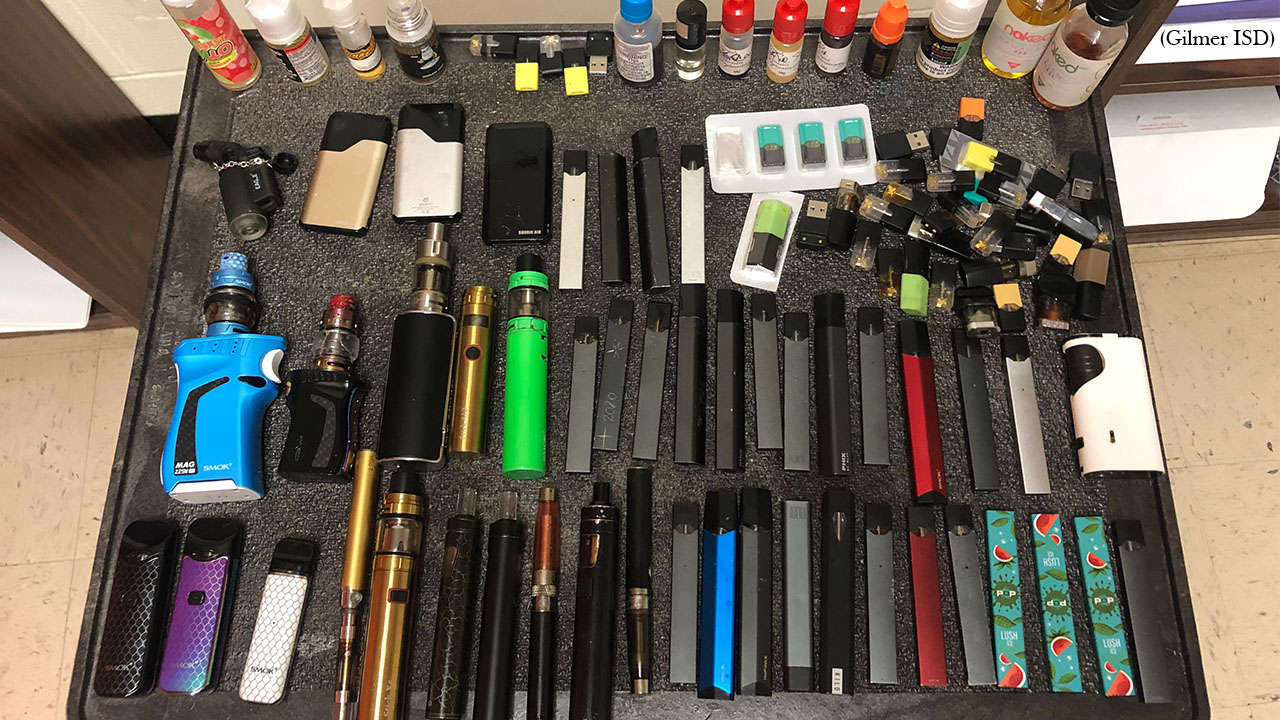