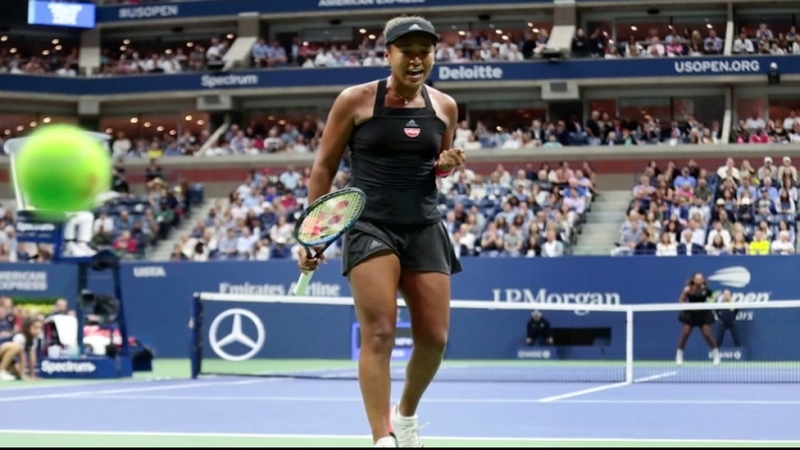 FLUSHING, Queens -- Serena Williams was penalized a game for calling the chair umpire a thief during an extended argument as the U.S. Open women's final descended into chaos, with fans booing and play delayed before Naomi Osaka wrapped up a 6-2, 6-4 victory for her first Grand Slam title.

The biggest issue for Williams on the scoreboard Saturday was that she was outplayed by a younger version of herself in Osaka, a 20-year-old who is the first player from Japan to win a major singles tennis title.

What this match will forever be remembered for is the way Williams clashed with chair umpire Carlos Ramos, demanding an apology after he initially warned her for receiving coaching, which is not allowed during Grand Slam matches.

Osaka started to cry as the trophy presentation began filled with boos.

"Perhaps this isn't the finish we were looking for today - this momma is a role model," said USTA President Katrina Adams.

"Well I don't want to be rude, but I don't want to do questions. She played well, this is her first grand slam. I know you guys were rooting...let's not boo anymore," said Williams, congratulating Osaka.

Osaka then said she was 'sorry it had to end like this.'

"I just want to say thank you for watching the match. It was always my dream to play Serena at the US Open Finals. I am grateful. Thank you," she added.