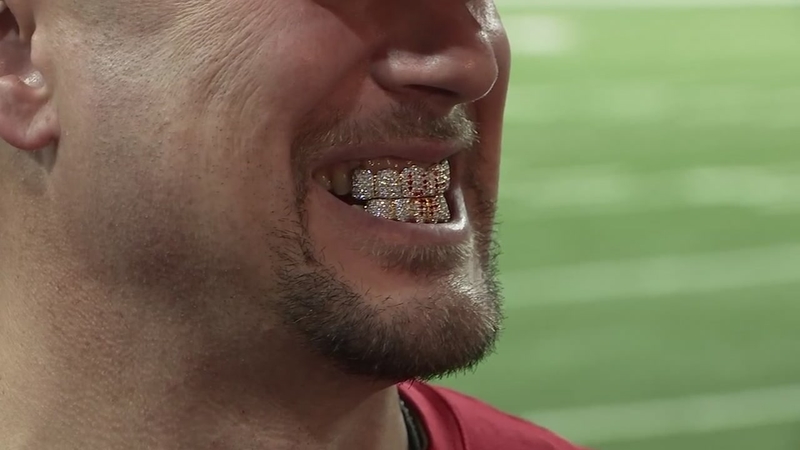 Tom Herman shows off his grill

HOUSTON (KTRK) -- University of Houston coach Tom Herman has a new look, thanks to a Houston rapper and a promise he made to his team.

Herman promised the Cougars football team before the American Athletic Conference title game against Temple that he'd get a grill if they won. Well, the he Cougars won the AAC title and earlier this month, Coach Herman was fitted for a grill by Houston rapper Paul Wall. On Tuesday, he unveiled it.

Thanks to @paulwallbaby, @TvJohnny and especially the Grill Committee for helping me keep my promise. #GoCoogs pic.twitter.com/V7wEon4IXN

The Houston Cougars take on Florida State in the Chick-fil-a Peach Bowl on New Year's Eve.