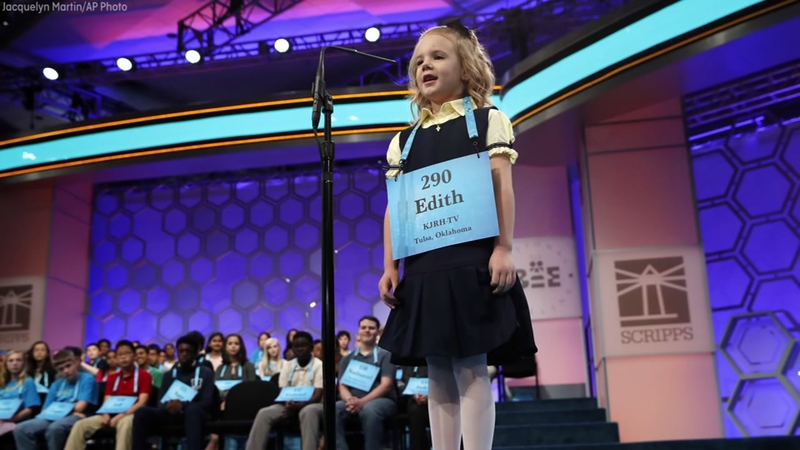 Kindergartner Edith Fuller has become the youngest competitor ever at the Scripps National Spelling Bee at age six.

On Wednesday, during the preliminaries, Edith successfully spelled both of her words "nyctinasty" and "tapas," but she was unable to advance to the finals because her scores were not high enough.

The Tulsa, Oklahoma native qualified for the tournament in March when she was five years old by winning the 2017 Scripps Green Country Regional Spelling Bee.

"She is just excited to be here," Justin Fuller, Edith's father, told ABC News. "And she understands that it's a contest, and she has a desire to do well in it."

Edith is competed against spellers more than twice her age, ranging from 8 to 15 years old. She was the third six-year-old to compete in the national spelling bee, according to Scripps.

The kindergartner is homeschooled and prepared for the spelling bee with 20 minute study sessions as often as five times a day.