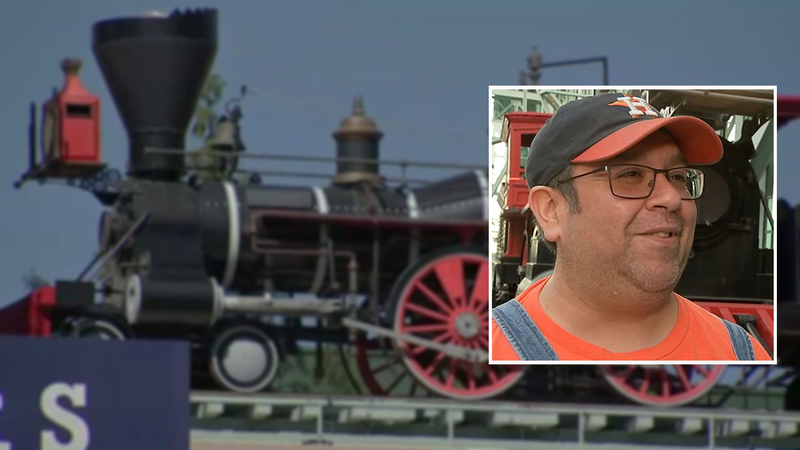 Astros train engineer gets prepared for the World Series

HOUSTON, Texas (KTRK) -- Bobby Vasquez is probably not recognized on the street very often, but you've cheered for him before if you've ever attended a game at Minute Maid Park.

For more than 1,500 games, the train still brings joy to its conductor. "Never, ever gets old," Bobby Vasquez said.

Better known as Bobby Dynamite, Vasquez was born and raised in Deer Park.

He started his Astros career as an intern when the ballpark opened in 2000. Back then, it was Enron Field.

"They just told me to show up in overalls, so on day one, here I am," Vasquez said. "They haven't told me to change into anything else."

In 17 years, Bobby has worn through a dozen pair of overalls, he's been hit by a home run ball only once, and has missed only 13 games, the last one back in 2003.

"Here I am just a regular guy, just a fan just like them, and then for 10 seconds, I'm a rock star," Vasquez said.

Bobby Dynamite has one of the best seats in all of Minute Maid Park.

"When the ballpark is full, you've got 40,000 people screaming and I'm trying to pump them up, get them louder, just chills down my spine, it's just such a cool feeling," Vasquez said.

Which makes his next admission even more surprising.

"I'm deathly afraid of heights, that's a long way down," Vasquez said. "This is the last thing I thought I'd ever be doing. The first time I came up here, I was like frozen to the side of the train. I was too afraid to come down."

As long as the Astros keep him employed, he has no plans to leave his conductor role anytime soon.