HOUSTON (KTRK) -- Neighbors in a Clear Lake community say they've been getting parking tickets just for parking in their driveway.

The tickets are for blocking the sidewalk. The city of Houston's parking management folks said the law is in place to make sure nobody using the sidewalk has to go around cars and into the street, but the people in the Camino South neighborhood believe the city has it out for them.

The City of Houston's Parking Management Division, known as ParkHouston, has issued more than more than 1,700 "blocking or parked on sidewalk" tickets since October. The biggest problems are inside the loop, but Houston-area authorities are equal-opportunity ticketers. 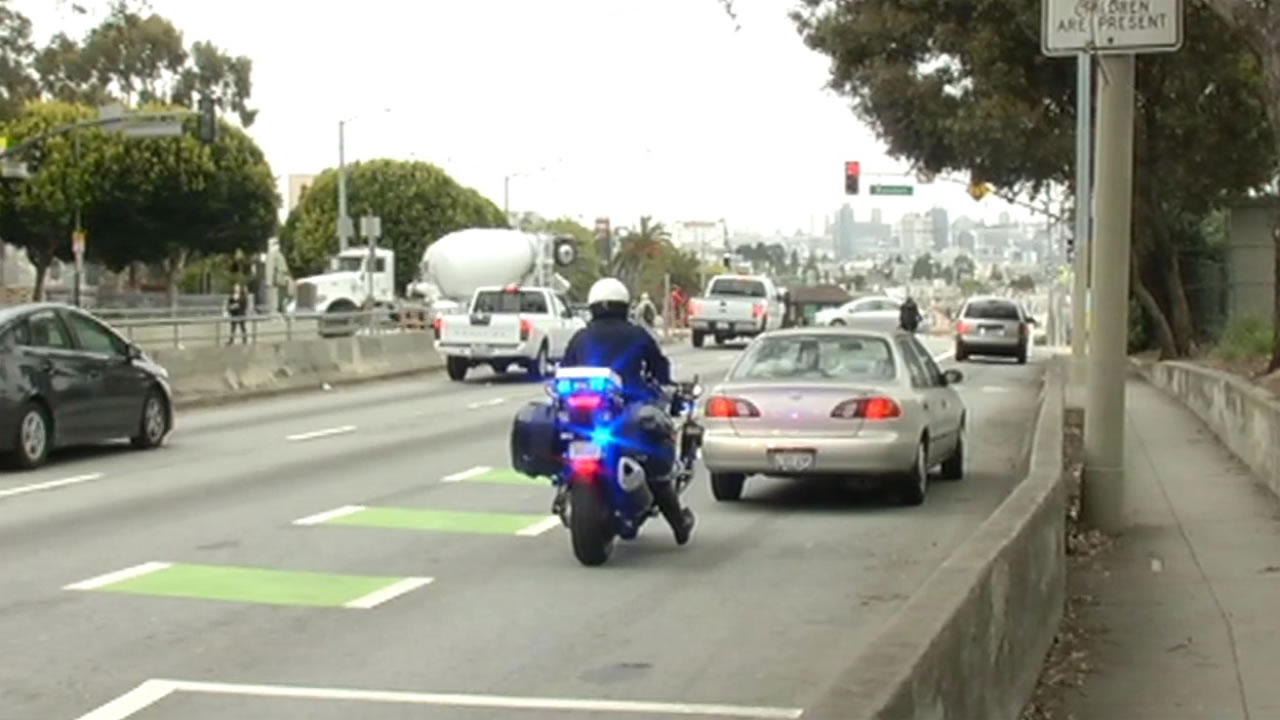 7 On Your Side: Avoid traffic tickets by knowing how to fight speed traps
Getting a speeding ticket is no small thing these days. Seven On Your Side's Michael Finney has some tips on how to avoid getting caught in a speed trap by knowing your rights.

The most recent parking ticket in the Harris house came last week, while his wife was putting their granddaughter in the house.

"My neighbor even called and said they're giving you a ticket. My wife had just pulled up no more than five minutes before," he said.

"Now that we've got a son in college, it takes up more room and we can't park in the driveway without encroaching on the sidewalk," added Janis Clouette.

John Harris is one of six people on surrounding streets that the city said has gotten a ticket for blocking a sidewalk so far in December, but the neighbors said their ticket trouble started long ago.

"We're making them lots of money by just parking in our driveways," Clouette said.
"If there is not sufficient passage for someone in a wheelchair, that vehicle will be issued a citation because the sidewalk is for everyone and we have to think about everyone when it's being used that way," explained Maria Irshad with ParkHouston.

Irshad said they try to cut some slack, but oftentimes people don't even know they're breaking the law.

"In a lot of the situations, garages have been turned into guestrooms or the media rooms or something else. And that's where you're supposed to put your car."

"If they wanna come out and move the sidewalk closer to the street, then we'll fit. But as it is, I don't see them doing that," said Clouette. "I think they need to give us a break. We're hard-working people. This NASA area has been hit hard by the oil and the problems NASA has had. People are struggling out here. We don't need this city of Houston nickel and diming us too."

If the bumper is hanging over just a little, you're not getting a ticket, Maria Irshad said. Because this is such a problem that most people don't think twice about, she said.