Galleria-area road construction nightmare about to get worse 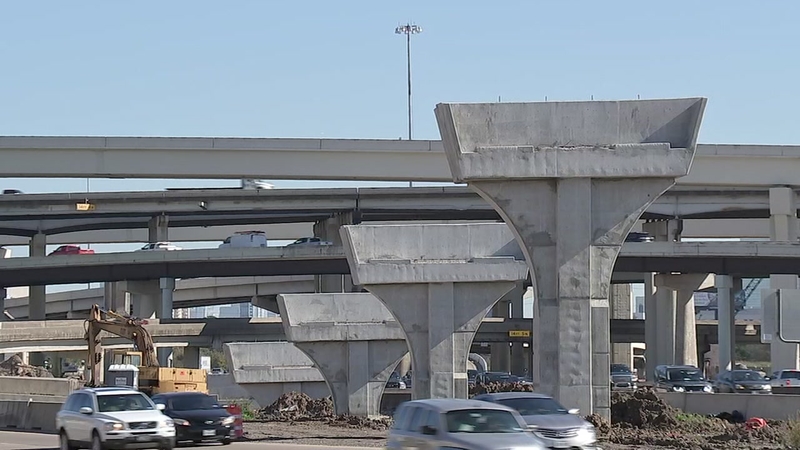 HOUSTON, Texas (KTRK) -- One of Houston's biggest traffic trouble spots is undergoing a major makeover, but starting in January, construction on the 610 / US-59 interchange near the Galleria will go into overdrive.

"I think the traffic flow is very congested there," driver Shawna Wade said of the congestion at the busy interchange.

Since breaking ground in the fall of last year, most of the work has been on utilities. Crews have also been able to build a few bridge columns for future ramps along Westpark, without making a big impact on traffic.

RELATED: 6 years of traffic nightmares near Galleria just getting started

Between January and March, all of that changes. TxDOT will build the soundwalls on the 610 southbound frontage road from Lehigh to Mayfair, and from Tamarisk to Elm. Construction will ramp up on the new Westpark exit from 610 heading northbound.

You can expect to see a lot more traffic on the US-59 mainlanes -- the feeder road near South Rice will shut down in 2019. TxDOT is building huge new storm sewers in that area to be used once the feeder road has reopened.

This six-year long project is expected to finish sometime in 2023, and drivers will have to wait to see if all of the closures will be worth it.

"No matter how many lanes you have, you're always going to have bad traffic," driver Berkley Glass predicted.

"I think it's probably a good idea," she said. "It's been congested for so long."

TxDOT is working to open access to portions of the project upon completion. The busy 610 southbound exit to Fournace is scheduled to open in January of 2020.