ABC13's Tom Koch will anchor his final newscast in May 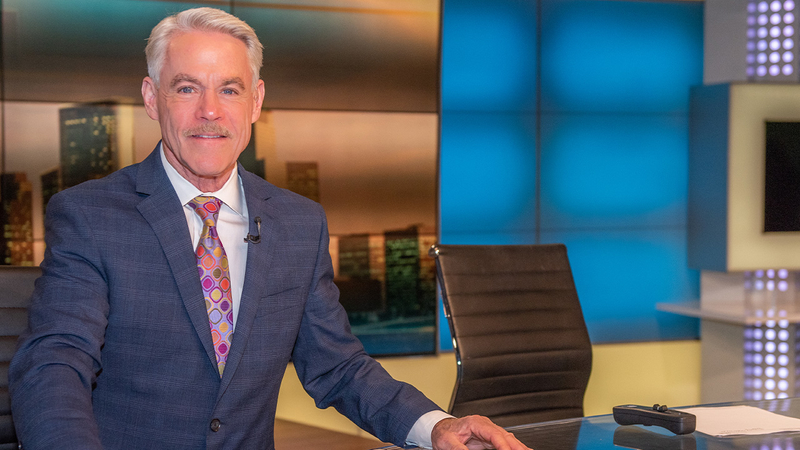 Tom Koch announces he will anchor his final newscast in May

HOUSTON, Texas (KTRK) -- After almost 40 years at ABC13, Eyewitness News Anchor Tom Koch has announced he will anchor his last newscast at the end of May. As co-anchor of Houston's #1 morning newscast, Houstonians have started their day with Tom for 33 years. Tom also co-anchored ABC13's top-rated 4 p.m. news for eight years.

"For nearly 40 years, I've been honored and humbled that so many people welcomed me into their homes every day," said Tom. "It's been a dream come true for a small town Wisconsin kid to be part of this incredible station and truly great city of Houston. But I've decided it's time to step aside, turn off that early morning alarm and wake up to a new adventure. A giant thank you to our viewers for supporting me, staying with me, being part of this incredible journey and making this dream come true. I hope in some small way I've touched your life by keeping you informed, prepared for the day ahead and sending you off with a smile. To my colleagues and management at Channel 13, thank you for believing in me, always having my back and making me shine. To my wife and two daughters, words can't describe your love, support and inspiration or your forgiveness for sometimes long hours away from home and grouchiness because of 2:30 a.m. wake up calls. I love the phrase 'make your own adventure.' I have done just that with all of Houston behind me. Wish me well on my new journey."

WATCH: Tom Koch reflects on nearly 40 years of reporting and anchoring with ABC13 after announcing his last newscast will be in May.


A respected and award-winning journalist, Tom has extensive experience telling thousands of stories from near and far. His Texas reporting has taken him from Houston City Hall to NASA and the State Legislature. He's trailed at least 10 hurricanes across the Gulf Coast and covered a dozen national political conventions. His international reports include the election of new Popes at the Vatican, the 90s oil boom in the former Soviet Republic of Azerbaijan, earthquakes in Central America, and American astronauts launching into space from Kazakhstan.

"Tom embodies everything you'd want in a journalist and local news anchor." said ABC13's President and General Manager, Wendy Granato. "He's compassionate and curious with an amazing ability to elevate everyone around him. I've had the privilege of working side by side with Tom on many projects throughout the years, and he is truly one of the ABC13 greats!"

Tom's passion for people has always been front and center. A compassionate and masterful storyteller, people from all walks of life are comfortable sharing their stories with Tom whether they are stories of tragedy and challenges or stories of hope and inspiration.

Tom also documented the Houston Museum of Natural Science's building of its new state-of-the-art Paleontology Hall, and was awarded an Emmy for his reporting of the journey of world's oldest human ancestor, Lucy, from Ethiopia to Houston.

Tom told his viewers on Monday morning that he plans to anchor his last newscast at end of May after nearly four decades at ABC13, but why retire now? Eyewitness News anchor Melanie Lawson with Tom about his bombshell announcement.

On a personal level, Tom spends much of his spare time supporting countless charities, often serving as emcee and auctioneer. Those non-profits include the Crohn's & Colitis Foundation, the American Heart Association, the American Diabetes Association, M.D. Anderson's Children's Art Project, Men of Distinction and Houston Symphony. Tom has served on numerous boards, and currently is on the advisory board of Casa de Esperanza, the Nature Discovery Center, and the Center for Hearing and Speech.

Originally from Green Bay, Wisconsin, Tom joined KTRK-TV September 14, 1982 as a reporter and became morning news anchor in 1987. Majoring in communications and business, Tom graduated from the University of Wisconsin. He began his broadcast career in college hosting a weekly television show, and his first TV interview was musician Charlie Daniels. Before coming to ABC13, Tom was an anchor and reporter at WAEO-TV in Rhinelander, Wisconsin and WBAY-TV in Green Bay, Wisconsin. Tom and his wife Brenda are the proud parents of two daughters, Emily and Chelsea.

"Tom's incredible broadcasting career spanning nearly 40 years is beyond measure," said ABC13 VP News Rehan Aslam. "He has led our coverage through some of Houston's best times and hardest times. He did it all with leadership, professionalism, and an authentic devotion to this city. He has traveled across the country and around world to bring us memorable stories from a Houstonian's perspective. A great colleague, friend and committed member of our communities. Tom is ABC13, and he will be missed."