What was this comedian and movie star doing at Sam Houston State University this week? 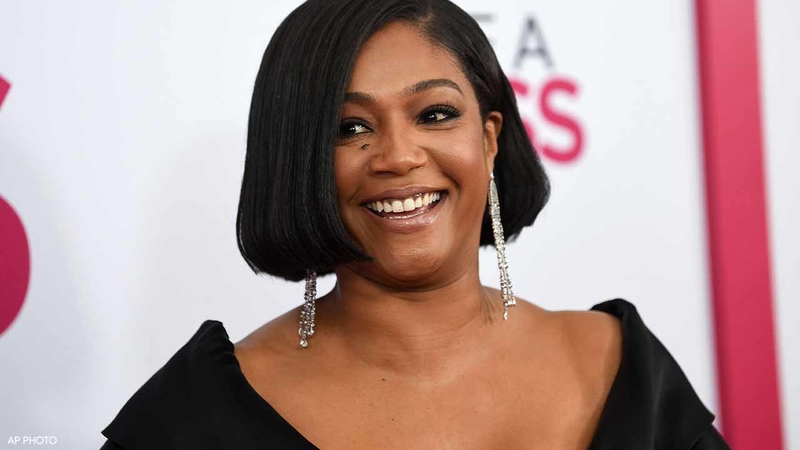 The indoor event, held on the first day of class, allowed up to 675 students into the school's Johnson Coliseum, which has a capacity of roughly 6,000 people. It angered some students and staff members who worried the school isn't taking student safety in the coronavirus pandemic seriously.

The event happened during a week in which universities around the country are beginning to realize the risks of having students on campus and changing their policies accordingly, including the University of North Carolina-Chapel Hill and the University of Notre Dame, which both moved their classes online this week after seeing surges in coronavirus cases. Sam Houston State is proceeding with a hybrid model of online and face-to-face instruction and is hosting an array of in-person events during its Welcome Week, including a "speed friending" event and Greek life gatherings.

The comedy show required face coverings, in accordance with a university policy that mandates the wearing of masks "unless (students) are in a private space or are engaged an activity for which wearing a covering is impractical (such as eating)."

Emily Schulze, a spokesperson for Sam Houston State, said that the venue was sanitized before the event, all employees wore face masks and shields, and "22 air handling units in the coliseum provided abundant fresh air circulation throughout." Meanwhile, event coordinators provided a small bottle of hand sanitizer and a mask to every student. Staff placed in the audience enforced the mask requirement, Schulze said.

Seating was spaced in accordance with guidelines from the Centers for Disease Control and Prevention, Schulze said, which meant leaving every other row vacant. Leaders of the university's Welcome Week were shown sitting in folding chairs distanced from one another at the venue in the moments before the event, according to a photo the school's Department of Student Activities posted on Facebook Tuesday evening.

The university said the event was held indoors as part of a contractual agreement with Haddish and justified its choice to host the event in person by affirming its wish to "provide a safe, controlled environment where students can carefully socialize in a place where precautions are being enforced."
Sam Houston State is in Huntsville, a city that is home to the Wynne Unit, which had the most reported coronavirus deaths of all Texas prisons in June. Surrounding Walker County has one of the highest reported coronavirus case counts per 1,000 people, at 44.69, out of all Texas counties.

A Sam Houston State student posted a photo of the event in which two individuals in front of where the picture was taken were sitting side by side, which the university confirmed was from the event. The student also posted a short video on Facebook that appeared to be in the same arena and showed bright lights and people standing and screaming. The university said it could not confirm it was from the Haddish event because the video was unclear.

Another student wrote on Facebook that she stood in an "hour long line" to get tickets, but it was "worth it."

A Sam Houston State staff member, who requested anonymity out of a fear of retaliation, said he heard about the Haddish event through official university communications and believed it to be "absurd."

He said staff members discussed the event in informal channels, citing a fear of bringing it to the school's attention.

In late March, Sam Houston State postponed its graduation ceremony to the end of July, and in mid-June, it announced the ceremony would be Aug. 1 in a virtual format, according to KBTX-TV. The university also canceled its fall sports season last week after the Southland Conference postponed competition until at least next spring, according to the Houston Chronicle.

Cassee Prince, an alumna of Sam Houston State who graduated Aug. 1, said she was frustrated the university chose to hold the Haddish event in person but canceled its in-person graduation ceremony.

"They couldn't even do (graduation), they had to do it virtually, and that was a much more monumental event than a comedy show that cost thousands of dollars," she said. "It made me really angry and upset because I feel like spending my money and time and devotement to my education ... all those years and then I couldn't even have a graduation, but they still do something fun for this Welcome Week, I don't see the reasoning behind them needing to do that event if they couldn't have a graduation only a couple weeks ago."

Prince, who is getting married later this year and has limited the number of guests at her wedding because of the coronavirus, also said she is concerned about the health risks an event of this size poses to the student body.

"Even with masks, there are ways to spread those germs, and things could happen from there because Sam Houston State has tested for quite a few COVID positive," she said, adding that she is a fan of Haddish's comedy and would have loved to attend the event if it was virtual and open to alumni.

The Sam Houston State staff member said he was disappointed that the event was held when the pandemic is still ongoing.

"It's the kind of thing that I would expect to happen to celebrate when this is all over," he said. "It seems a little bit of a 'mission accomplished' moment."

Disclosure: Facebook and Sam Houston State University have been financial supporters of The Texas Tribune, a nonprofit, nonpartisan news organization that is funded in part by donations from members, foundations and corporate sponsors. Financial supporters play no role in the Tribune's journalism. Find a complete list of them here.