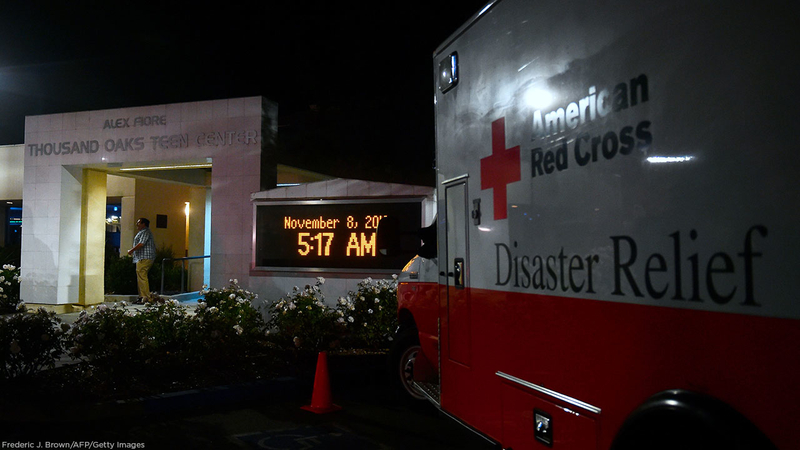 THOUSAND OAKS, Calif. -- In a matter of days, one Southern California community center opened its doors to help both survivors of a horrific mass shooting and evacuees from a devastating wildfire.