This wild turkey in Wyoming has more Facebook friends than you 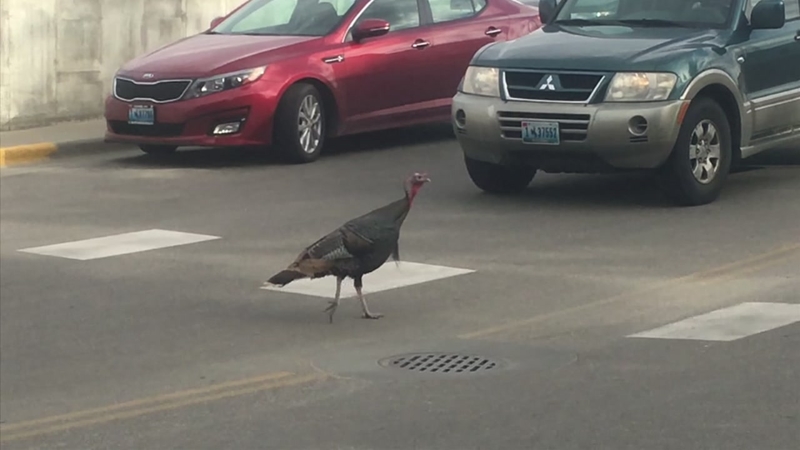 CASPER, WY (KTRK) -- While most wild turkeys were running for cover in the days leading up to Thanksgiving, one Wyoming turkey roamed openly and without fear.

Gobbles has become an internet celebrity in Casper, Wyoming. A Facebook page dedicated to Gobbles sightings has garnered thousands of likes -- nearly twice as many as the Wyoming governor's Facebook page.

He's no butterball, but can often times be found around Casper College, blocking traffic and chasing students.

"To those of us who have been accosted by him or chased by him, it's not exactly a friendly thing," one of Gobbles' victims told KTWO-TV.

In Gobbles' world, humans are probably the turkeys, but he's definitely no chicken. When he's not scaring students, he's chasing cars.

"Everyone knows not to mess with them, or they get attacked," said another woman.