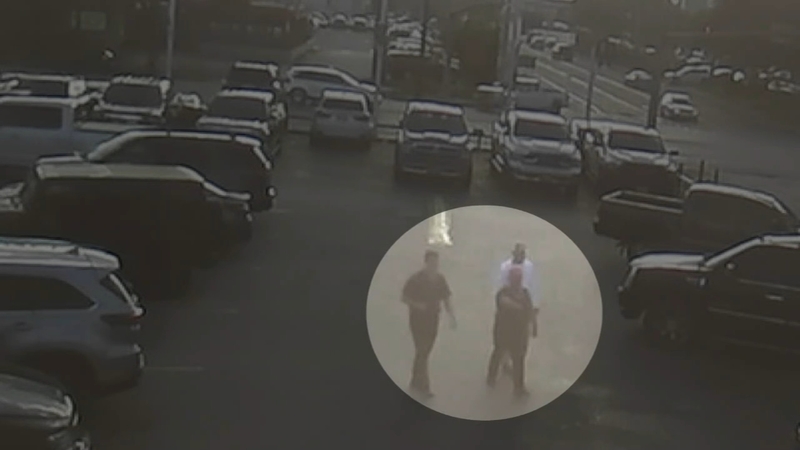 HOUSTON, Texas (KTRK) -- Car salesman Kris Novasad dealt with two men Saturday evening in what he thought was going to be an ordinary car sale. He said he saw no red flags.

"I mean, it seemed like a regular car deal," recalled Novasad. "They would open up the hood and stuff like that."

Novasad saw no problem in handing over the keys so the seemingly interested car shoppers could start the engine.

What he didn't know, between the time he gave them the keys and the time the two left in the black Escalade, they managed to distract him and get away with the key.

Surveillance video above shows what happens when the two quickly pull back in about a half hour later. One appears to have changed clothes. He hops in the truck and peels right out of the lot.

"I just felt kind of dumb that it happened," said Novasad.

Novasad says the two men spoke Spanish. One has a tattoo of what appears to be a bird.

"If you're going to work that hard on stealing cars, maybe there's a better vocation for you," Helfman said.