'The Bachelorette' Sneak Peek: Luke P. and Hannah's drama the rest of this season 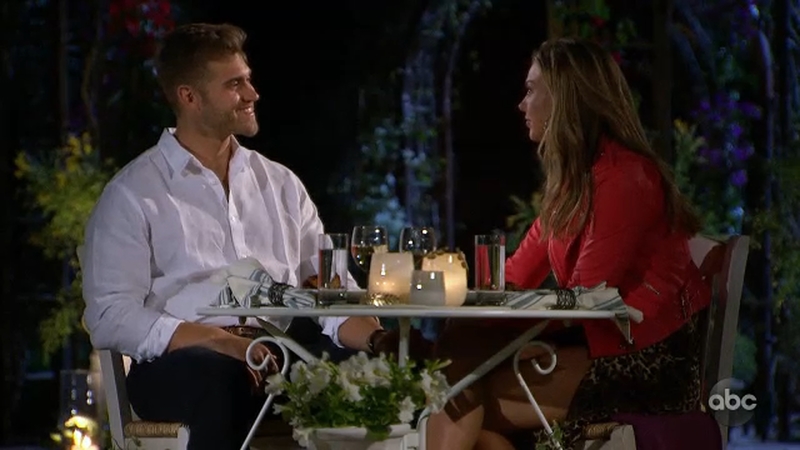 Luke P's drama appears to carry on throughout Hannah's season

NEW YORK -- Luke P. 1-on-1 Date Conclusion
When we left off last week, Hannah had decided to not give Luke P. the date rose. Hannah told Luke P. that he needed to go home and she asked him to respect that. Of course, he didn't! After wandering around in the dark, he returned and begged her to take him back. He screamed in there and put on a show of "real emotion" for her. He sealed the deal by saying, "I genuinely want to marry you." She sent him back to the other guys without a rose but told him he would be a part of the rose ceremony. The other men do not trust Luke P. and he vowed to not talk about anyone.

Man Drama at Cocktail Party
Garrett weirdly asked Hannah if Luke P. brought up any other guys on the date, and she said that she provoked a conversation about Mike, Dylan and Devin. So, was Luke P. dishonest? Garrett confronted him about it and all the guys were talking quite loudly, distracting Hannah from her time with Connor. She stormed in and told them all to just stop with the fighting. "Stay in your freaking lane," Hannah said as she walked off sat in a room and listened as the guys continued to bicker. She returned and told the men she'll decide who she wants to spend her time with. They all need to focus on themselves. She cried as she told them all that they don't even know her yet. Hannah said all they do is talk about stupid stuff. Tyler gave them all kick in the pants and said that they are all messing up Hannah's experience. We all know there's only one man who can save this situation - Chris Harrison. He talked Hannah down from her spiral and they continued on to the rose ceremony.

That meant that Kevin, Devin, and Grant. She lost three good ones there! Anyone notice how Peter, Tyler and Connor seem to be flying under the radar? I think these guys are playing it exactly right. We'll see if that propels them forward! Now they all leave Scotland and travel to Riga, Latvia.

Chris Harrison Talks with Hannah
Chris Harrison and Hannah met up at a café and Latvia and she felt like she might not be able to continue on. She was worried that she wasn't far enough along in the relationships to find one that lasts because the drama just keeps getting in the way. They then cut to another interview segment with Hannah and Chris at "Bachelor Mansion." She said there's a "glimmer" of hope left this season that it will work out for her. All because of some man drama?!

Preview of the Second Half of the Season
So we didn't get to see what happened in Latvia just yet, we had to watch a recap of what has happened so far this season, and then we finally got a sneak peek at what's coming up the rest of this season. (Watch in the player above) This is totally out of format and kind of strange! In the preview, Luke P. asks Hannah if she's slept with any of the other men and she tells him that she has and they have a huge blowout and apparently, the preview leads you to believe she sends him home, while giving the limo the finger. Yikes!!! But then we fast forward to the finale, and somebody goes rogue, gets a ring and wants to propose to her. Hannah gets very confused and scared. Wow! Let's keep this journey going!
Report a correction or typo
Related topics:
arts & entertainmenthannah brownthe bacheloretteabccominguproseschris harrisonbachelorette
Copyright © 2022 KTRK-TV. All Rights Reserved.
COMINGUPROSES
Clayton and Susie 'never say never' to a future 'Bachelor' appearance
Clayton's journey ends with an unexpected twist on 'The Bachelor'
Rachel and Gabby will both be 'Bachelorettes' on the same season
Gabby, Rachel endure 'Bachelor' Clayton's 'Rose Ceremony From Hell'
TOP STORIES
Estranged husband shot wife, 4-year-old daughter, mother-in-law
Mayor, HPD chief to update search for 14-year-old's killer
Rainfall projections continue to increase for next week
Fertitta Family College of Medicine named after $50M donation to UH
Here are the top 14 things to do in Houston this weekend
New 53-mile stretch of Grand Parkway opens in both directions
Teens accused of stealing car Katy mom used to comfort son with autism
Show More
NY high court to determine if Bronx Zoo elephant is a person
House passes terrorism bill after shooting in Buffalo, New York
What is monkeypox? What to know after US confirms 1st 2022 case
Ford recalls SUVs due to engine fire risk
Family learned of loved one's death watching Buffalo shooter's video
More TOP STORIES News