Texas to give Houston $50 million to cover Harvey costs 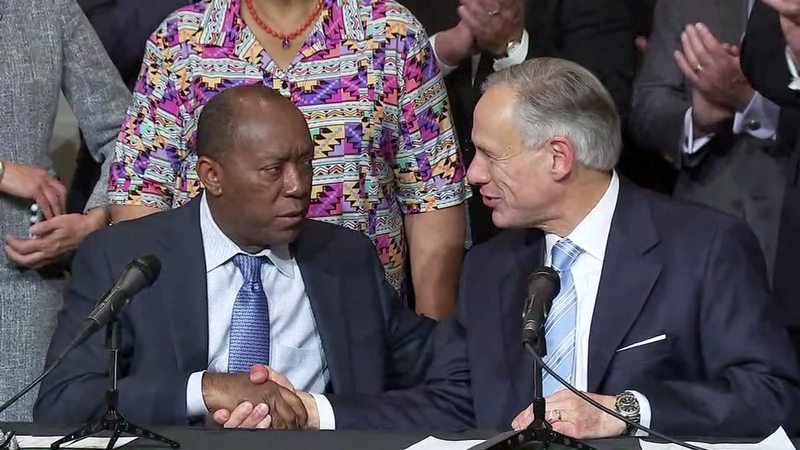 He then handed Mayor Sylvester Turner a check for $50 million dollars.

Weeks of feuding evaporated as both men smiled, with a bipartisan group of city council members and state lawmakers standing behind them, applauding.

The disagreement between the two began when Mayor Sylvester Turner asked the Governor to call a special session to tap into the "Rainy Day Fund" for Houston recovery costs. When the Governor refused, the Mayor proposed raising property taxes temporarily for a year to cover the cost of the recovery. The check solved the impasse.

"We will not exercise the emergency provisions, no, we'll go back to the way we were, there will be no need for public hearings," said Mayor Turner.

The money comes from the Governor's Disaster Relief Fund, appropriated by lawmakers. It will be used for immediate costs like repairing damaged city buildings and debris removal. Both the Mayor and Governor Abbott say federal funds in the billions will be needed for meaningful flood relief. Building another reservoir or a proposed "coastal spine" will take years and potentially hundreds of billions of dollars..

Governor Abbott also said once the hard costs of certain hurricane relief are determined, lawmakers may need to be called back to appropriate some "Rainy Day" funds. No time table was given for that.