One person injured in shooting on TSU campus 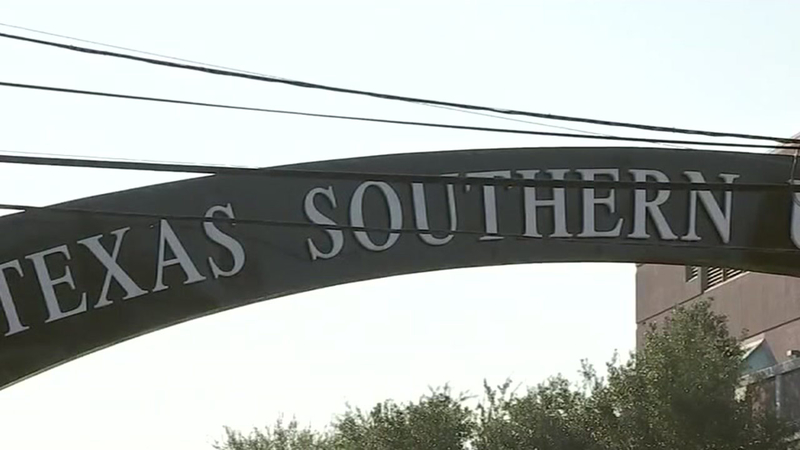 HOUSTON (KTRK) -- One person was shot late Tuesday night on the campus of Texas Southern University.

A spokesperson confirms the shooting happened on the "Tiger Walk" around 10pm. The "Tiger Walk" is the walkway that runs the entire length of the campus.

We're told the two men involved were at the University Museum for a Poetry Slam. Neither of them are students.

"I was disheartened because there were members of the NAACP Houston chapter asking me did someone get shot on the Tiger Walk. It's embarrassing," said sophomore Student Government Association member Anthony Collier.

Sources on campus say it began with words over shoes ended with one young man shot twice in the stomach, and another on the run.

"When I first walked out, I saw the paramedics," said TSU student Corwynn Langhorn. "I saw the guy laying there and I was mainly trying to get back to my dorm so I could call my dad and tell him what happened."

Langhorn is a freshman who has already seen the carnage from two shootings.

"This is the second time this has happened. We had a shooting at Courtyard where I live, as well. So I'm really kind of questioning why I go to this school," said Langhorn.

"...kind of uneasy when I've come from a city of violence ongoing and I come to college and it's still going on," adds freshman Deazsha Dade. "So you have to really be careful."

TSU Police say the suspect is 19-year-old Darios Tramain Crayton Scott. University officials say he was a student here last academic year, but is not currently enrolled. While he is still on the loose, it's business as usual on campus.

"I'm not too worried about my safety," said freshman Orlando Sutton. "I feel like it's an isolated event. So as long as you stay out of trouble and don't involve yourself with the wrong crowd, you should be alright. But you hate to see stuff like this happen."

"I know a lot of times the media will try to paint it as TSU students when actually it wasn't. So I don't want students to get a bad rap or get the blame for something that was out of their control," Collier said.

That suspect, Darion Scott, is from the Bay Area of California. Sources tell us he actually participated in that poetry slam prior to the shooting, and that it happened just seconds after he walked out.