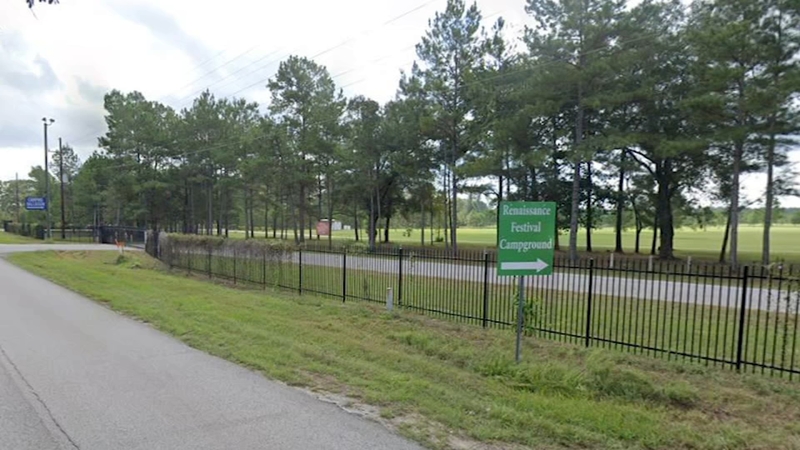 TODD MISSION, Texas (KTRK) -- A woman died early Sunday in a shooting while camping at the Texas Renaissance Festival.

It happened just around 2:40 a.m. at the campgrounds on the theme park property.

Grimes County deputies were called to the campground for a disturbance when they found a 19-year-old woman had been shot in the abdomen, according to Sheriff Don Sowell.

The victim, identified as Isabella Cimetta of Spring, had come to the festival with friends, the sheriff's office said in a statement.

In an update issued Sunday evening, officials said Mitchell Heasley told investigators he and Cimetta got into an argument.

That's when 22-year-old Sean Campbell, an acquaintance of Cimetta's, allegedly pointed a gun at Heasley.

Heasley told investigators he tried to take the gun away from Campbell when the gun went off, striking Cimetta.

Campbell ran away and was later found in a car.

Investigators said a Sig Sauer 9mm handgun was found in the glove compartment of the car Campbell was in.

Campbell admitted to firing the gun during the altercation, authorities said.

Campbell was taken into custody and charged with two counts of aggravated assault with a deadly weapon. He remains in the Grimes County Jail.

The Texas Renaissance Festival hosts thousands of people each year for nine weekends in the fall and offers camping accommodations for overnight guests.

The festival remained open Sunday and was not impacted by the investigation.