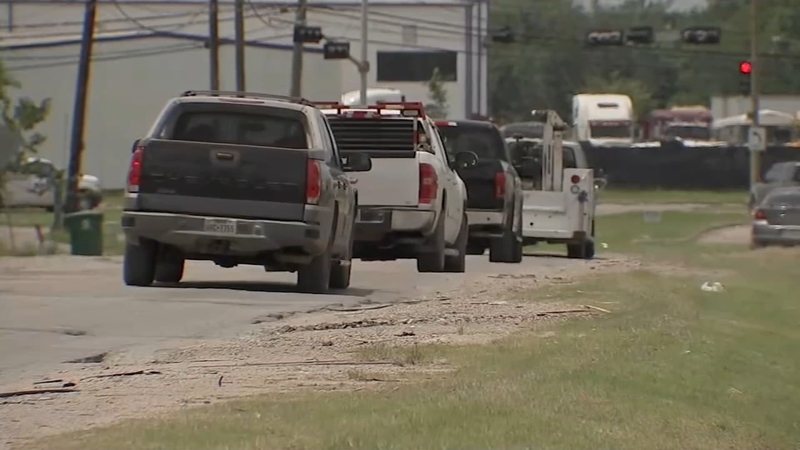 HOUSTON, Texas (KTRK) -- A report released by the White House on Monday to promote a new jobs bill shows how bad infrastructure is in Texas.

Overall, the White House gave Texas a C for its total infrastructure, which includes many items including roads, water, and green energy. But when focused on roads and highways, Texas received one of the lowest grades in the country.

There's yet another problem that has popped up after the winter storm: more potholes.

"Lots of potholes," said driver Ramiro Zamora. "Roads are always messed up, especially where I live in the East End."

Texas received a D+ for its roads. The report shows there are 818 bridges and 19,400 miles of road in poor condition across the state.

ABC13 asked TxDOT what it thought of the report. A spokesperson told us that 75% of the roads included in the report aren't maintained by TxDOT.

The Biden administration wants to spend $600 billion to improve aging infrastructure. But the bill's price tag is more than $2 trillion, which means there's a lot more than roads.

"There is going to be, I think, a long-term benefit for us, but those immediate job gains for those blue-collar union workers, that's not going to directly impact Texas," Viedenfeld explained.

The Biden administration said it could create 19 million jobs nationally. Viedenfeld said that's unlikely, and they may only produce a few million jobs. The plan calls for a lot of tax credits, which he says isn't going to necessarily put people to work in private companies.

"It's great to be bold, but my overall understanding of it is too much emphasis on government interference and not enough on enabling private sector actors on the areas where they do well," Viedenfeld explained.

There was a bi-partisan meeting on the bill Monday. Republicans said they're interested in an infrastructure package. That's a piece of the bill drivers are watching closely.

The White House says the time to fix roads in Texas is now. Because of the growth the state has witnessed, especially in the Houston area, it estimates the state will be short $15 billion to fix roads for the next 20 years.

It's important to note that doesn't mean $15 billion total, but short $15 billion a year to keep up with the demand of Texas drivers.