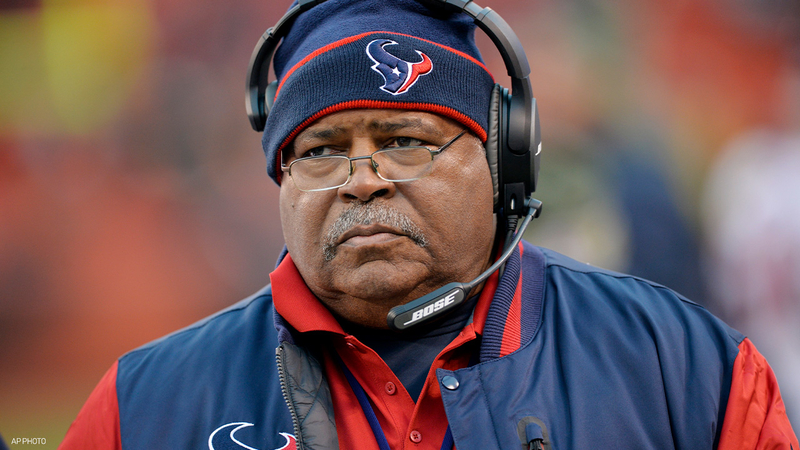 What to know about Texans interim head coach Romeo Crennel

HOUSTON, Texas (KTRK) -- The Houston Texans are hinging their hopes of turning around a winless season through the first four games of 2020 on Romeo Crennel, who landed with the team when Bill O'Brien was first hired as head coach in 2014.

Crennel has been O'Brien's defensive coordinator and assistant head coach over the last six years. The 73-year-old was appointed as interim head coach when O'Brien was fired on Monday.

In Crennel, the Texans are getting someone, like O'Brien, who has spent time under Bill Bellichick's New England Patriots system and has helped win Super Bowls.

The defensive guru is also no stranger to being a head coach after already manning the sidelines in Cleveland and Kansas City.

What should give the Texans pause is Crennel's record in that role. He is 28-55.

Here are facts and career highlights of Crennel as he heads into his first Texans game as head coach this Sunday against Jacksonville: