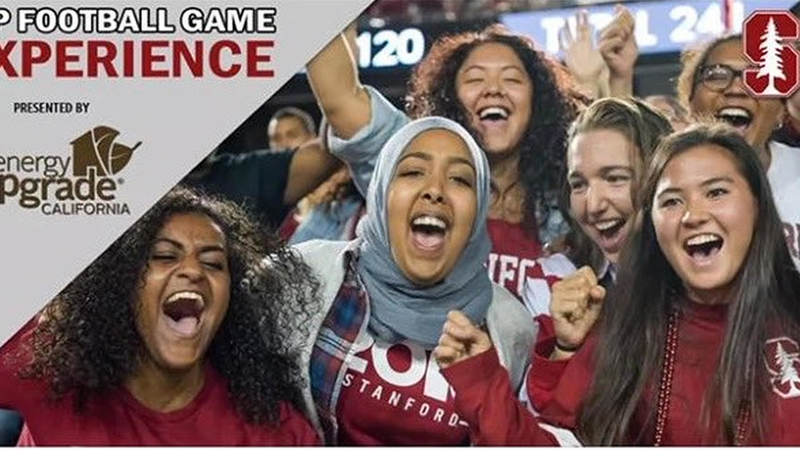 STANFORD UNIVERSITY -- A Muslim Stanford student was attacked on social media for wearing a hijab.

It all started on Facebook with a spirited post by Stanford Athletics to promote a contest. At first glance, it was just a diverse group of women, all having fun while cheering on their football team.

"I only saw it once someone tagged me in it, and then shared it to their Facebook account, and was like, 'Oh my gosh, look!' And then tagged us all in the picture," said Tesay Yusuf, the Stanford junior at the center of the picture and the controversy.

But her initial excitement turned into disappointment with people mainly taking issue with her wearing a hijab, or head scarf.

One person wrote, "Hey Stanford -- take the Muslim (expletive) elsewhere, we don't wanna see it." That was one of the tamer comments. Another person called for Yusuf and her friends to be shot.

Still, many are coming to Yusuf's defense.

"It shows the era we live in now, and it shows the sort of things that Muslims deal with everyday," said Muzz Shittu, a Stanford senior.

"That type of behavior, those types of comments aren't reflective of our community, and I think like most people, I'm really upset that outsiders would put that on our community," said Student Body President Jackson Beard.

Stanford officials are now filtering the comments, but have kept the post up - at the request of Yusuf.

Her tweet respectfully calling out some of the negative posters has been retweeted more than 8,700 times.

"I wanted to make a point that this type of stuff isn't okay, and that we shouldn't be so quick to just brush it off, right? Like it's not a normal thing for people to be so hateful and spiteful," said Yusuf.

Yusuf says it's all about perspective. "Positivity really does beat out hate, but we do have to all take an active stance to try to beat out that hate that lingers," she said.

Perhaps a teaching opportunity before the start of the new school year....

#AHEAD: Stanford student calls out Internet trolls for their hateful comments. Story coming up at 4:55pm. #abc7now pic.twitter.com/9cd1zxMUQA