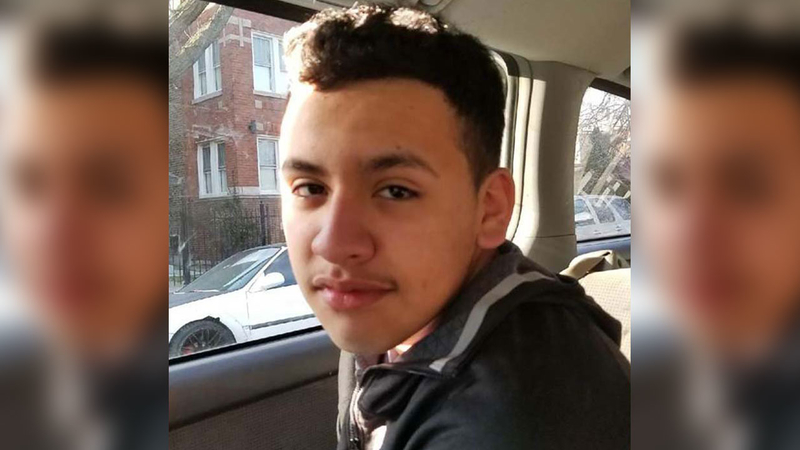 Teen shot while delivery newspapers on SW Side

CHICAGO, Illinois -- The fatal shooting of a 15-year-old boy slain while delivering newspapers with his stepfather to earn money to buy presents may have been the result of mistaken identity and rooted in an ongoing gang war that didn't involve him, Chicago police said Monday during a news conference in a city where gun violence this year has left nearly 600 people dead.

Anthony Riccio, chief of the bureau of organized crime, said police are looking for two male suspects - the driver of a white van that rammed the car driven by Brian Jasso's stepfather and another who opened fire from the passenger window and shot the teen in the head.

Riccio said witnesses of the shooting shortly before 7 a.m. Sunday told detectives that the stepfather was at a stop sign on the city's Southwest Side when a white van appeared to accelerate and strike his car. Riccio said the van flashed its bright lights in an apparent signal to pull over. But the stepfather sensed something was wrong and when he drove away a passenger in the van opened fire with a handgun.

After a brief chase, the stepfather pulled into a parking lot, where he realized that Jasso had been shot in the head. Jasso, of Chicago, was pronounced dead at the scene.

Police have not released the stepfather's name.

At the time of the shooting, police were investigating a shooting about a mile away hours earlier in which two men armed with high-powered rifles stood on the street and sprayed a passing car with gun fire - leaving dozens of shell casings behind- killing two known gang members and injuring another person in the car.

Riccio said the shooting of Jasso may have been in retaliation for the earlier shooting in this community that has been at the center of two predominantly Hispanic gangs, and that detectives think the gunmen may have believed they were shooting at rival gang members.

"He was a 15-year-old boy, no run-ins with police, he's never been arrested," Riccio said of Jasso. "He's a good kid, he's out with his stepfather delivering papers to buy Christmas presents or birthday presents."

As Riccio spoke, police continued their canvas of the neighborhood. Department spokesman Anthony Guglielmi said that detectives were interviewing witnesses and searching for video that may have captured the shooting or the events that led to it.

Guglielmi also said that detectives were trying to determine if there was some kind of encounter between the stepfather's vehicle and the gunman's vehicle earlier that morning that prompted the shooting.

"We are looking at whether one of them cut the other off in traffic, that kind of thing," he said, adding that no such connection had been made as of Monday morning.

Jasso's stepfather is an independent contractor who delivers papers for the Chicago Tribune and other newspapers. Tribune publisher and editor Bruce Dold said the newspaper was "saddened and stunned by this news."

The weekend shootings bring the number of shooting homicides in Chicago to 589 for the year. The total number of homicides for the year so far is 635. That is 110 fewer homicides than occurred in the city during the same period last year but the total represents just the third time there have been more than 600 homicides in the city in the last 15 years.